Rabat - Against expectations that the eight-month crisis in the Al Hoceima region is winding down, the city of Al Hoceima has seen an unprecedented “violent” intervention by the security forces against protesters staging a sit-in after the Eid Al Fitr prayers on Monday.

Rabat – Against expectations that the eight-month crisis in the Al Hoceima region is winding down, the city of Al Hoceima has seen an unprecedented “violent” intervention by the security forces against protesters staging a sit-in after the Eid Al Fitr prayers on Monday.

While Moroccans across the country celebrated the religious day marking the end of Ramadan, photos and videos emerged on social media showing protesters, including men, women and children, injured due to the interventions of security forces that have been described by the social media users as “violent.” Security forces also used tear gas to disperse demonstrators. 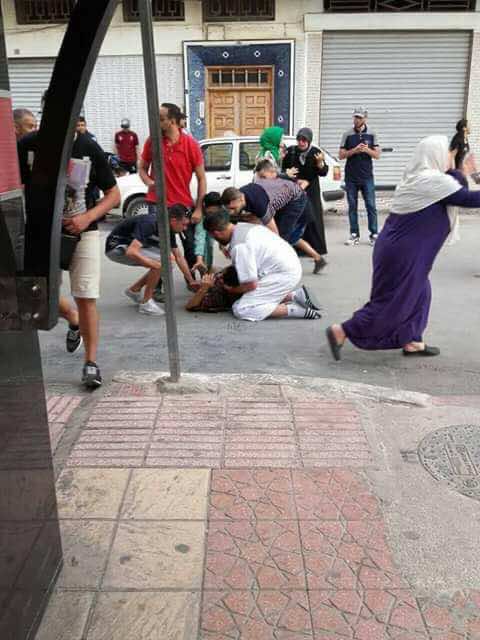 The intervention came one day after King Mohammed VI chaired a Council of Ministers and expressed his “disappointment and discontent” about the delay of the implementation of the social development projects in the city.

However, after the detained activists were not released ahead the Eid Al Fitr and were not among the beneficiaries of the holiday’s typical royal pardon, Al Hoceima inhabitants along with the families of the prisoners poured into the streets as soon as the prayers ended to express their dismay and repeat their calls for the release of the detainees and for socio-economic inclusion.

Photos shared on social media on the morning of Eid showed security forces encircling the city’s musalla, an open space for prayer during holidays, surrounded by police cars. 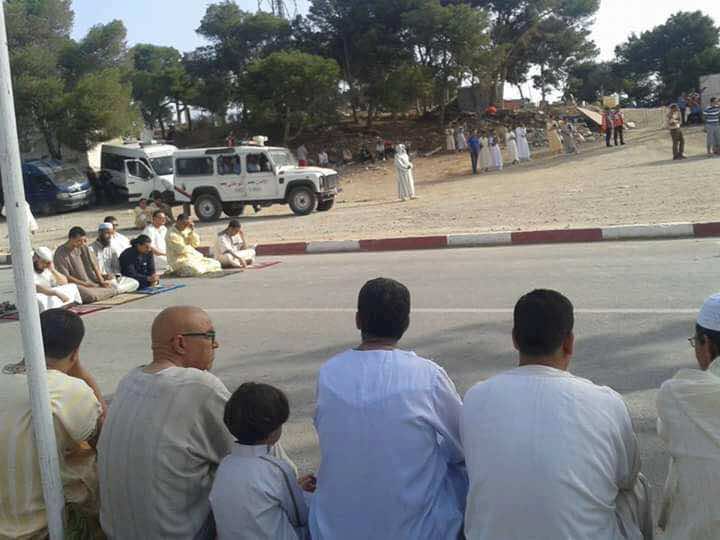 One Facebook video showed inhabitants fleeing from security forces who run behind them in the streets.

The intervention has sparked outrage among social media users, who have denounced the violence, saying that the incident was opposed to the spirit of Eid.

Injuries in the Ranks of Security Forces

The intervention of security forces led to a clash with protesters. Al Hoceima authorities said that 39 members of the police were injured after they had been stoned by a “group of individuals, some of them hooded.” The injured members have been transferred to hospital, according Moroccan news agency MAP.

“These individuals also attacked the emergency department of the provincial hospital, causing material damage to its facilities and to one of the ambulances carrying two wounded members of the police,” the agency added.

Protests in Al Hoceima erupted after the October 2016 death of fishmonger, Mouhcine Fikri, who was fatally crushed in a trash compactor while trying to retrieve fish discarded by authorities. Tensions and consequent demonstrations have intensified in the past month due to the arrest of the protest movement’s leading activist, Nasser Zafzafi.