Rabat - The Royal Moroccan Federation of Athletics (FRMA) on Wednesday accused a “well-known” former Moroccan athlete of encouraging Moroccan athletes to represent foreign institutions for his own financial gain. 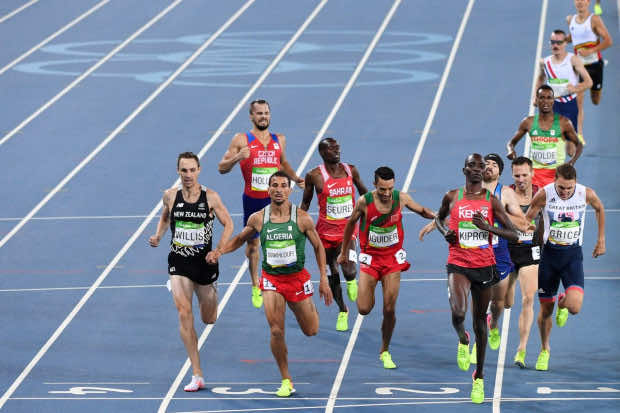 Rabat – The Royal Moroccan Federation of Athletics (FRMA) on Wednesday accused a “well-known” former Moroccan athlete of encouraging Moroccan athletes to represent foreign institutions for his own financial gain.

The statement issued on June 28 says that the athlete in question “has made it his business and operates with his accomplices around these establishments and during national competitions, to entice the young athletes and make them an offer of a better sporting career.”

The FRMA affirmed that they were not alone in their “insistent request” of wanting to prohibit Moroccans from changing nationality, noting support from the International Association of Athletics Federations (IAAF).

In order to temporarily resolve “the magnitude of the problem of changing nationality,” the IAAF decided in February to halt the process of any request to change nationality until new regulations were implemented.

Le360 have alleged that the athlete in question is Olympic medallist Khalid Boulami, whose initials “K. B.” were given in a report by Al Massae on Wednesday. Former long-distance runner Boulami won a bronze medal in the 5000m race at the 1996 Olympics in Atlanta.

Twelve Moroccan athletes have tried to change their nationality from Moroccan for sporting purposes since 2013.

Spanish-born Moroccan Munir El Haddadi’s request to play for Morocco was denied by FIFA on June 23 given that he had already represented Spain in 2014 against Macedonia.

FIFA regulations state that “any player who has already participated in a match (either in full or in part) in an official competition of any category or any type of football for one association may not play an international match for a representative team of another association.”