Rabat - On the eve of the liberalization of the dirham, the Moroccan market has witnessed a rush on currency stocks led by fears of an unprecedented depreciation. 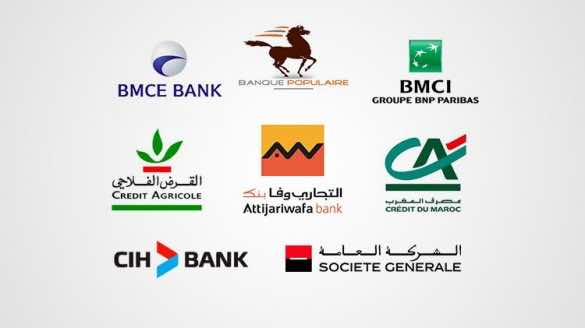 Rabat – On the eve of the liberalization of the dirham, the Moroccan market has witnessed a rush on currency stocks led by fears of an unprecedented depreciation.

Since mid-May, currency traders have been overbooked, covering requests from Moroccan companies worried about the implementation of the floating dirham system and the money depreciation that could follow, stresses Telquel Magazine in its cover story this week.

The dirham’s exchange rate is currently fixed via a peg that is 60 percent weighted to the euro and 40 percent to the dollar. But after liberalization de-pegs the dirham, analysts have projected that the currency will depreciate, with some estimating a decrease to as low as 2.5 percent its current value. This fear explains the rush, as well as the need for economic operators to determine in advance the value of their upcoming purchases.

“I have already covered nearly 40 percent of my importations for the next six months,” entrepreneur Karim Tazi told Telquel.

The volume of these currency transactions is “huge,” and is relevant to both big and small companies in diverse sectors such as industry, motor industry, civil engineering, and others.

No need to compare with Egypt

This rush on stocks could find its explanation in the negative currency liberalizations experienced by other countries, mainly Egypt.

Last November, following severe requirements by the IMF, Egyptian monetary authorities gave up the control over their exchange rate overnight, causing the Egyptian pound to lose 48 percent of its value.

The sudden switch to total floating exchange rate shocked the economy. And even if the liberalization allowed an increase of exports, the inflation rate jumped to 31 percent leading to a spectacular rise of prices, causing by extension a social crisis.

Is Morocco concerned that a similar crisis could happen? A priori, there is nothing to fear, neither to justify such rush. Abdelallatif Jouhari, governor of the central Bank Al Maghrib, has stated hat there will be no depreciation of the dirham: “We didn’t engage in this reform until [after] fulfilling all the requirements,” Jouahri told journalists last week.

These requirements are: a budget deficit limited to 4 percent, a trade balance deficit of 2.5 percent, an exchange reserve covering six months, and a public debt mostly denominated in the dirham.

In addition, the fear of devaluation is all the more to be discarded since Morocco will not fully give up control on its currency. A trading band will be gradually widened over the course of 15 years, with a view to fully remove the peg after a few years, depending on the market’s response.

This band is currently fixed at 0.3 percent, but there is no official information regarding the future rates. Citing official sources, TelQuel reported that the rate will be limited to a “small margin” around a maximum of “3 percent: 1.5 upward and 1.5 on drop.”

Why then were all these official guarantees were not enough to put an end to the fear? The least that can be said is that the Central Bank’s Governor is upset. “I had phone calls with bank CEOs, and I expressed to them my discontentment because they doubted my word even though I worked on this topic in a transparent manner,” Jouahri told journalists during a press meeting.

To use Telquel’s words, Jouahri felt “stabbed in the back” by the banks. “I considered the banks to be the best channel to build clients confidence, and to reassure them that there will be no depreciation. The Central Bank and monetary authorities base their intervention on credibility. We’re not playing with this.”

A few days after Jouahri’s meeting with the media, explained the magazine, the Central Bank stopped feeding currencies to banks, blocking trading operations.

This was an unprecedented decision, justified by the amount of money transited into the market during the last weeks: MAD 44 million, between just May and June, according to Bank Al Maghrib.

Amid this imbroglio appears another problem: the blackout around the Currency Hedging Products (products for risk management provided to help clients manage their financial risks).

“It is a big misunderstanding,” a trader told the magazine off record. “Bank Al Maghrib had encouraged us to communicate about hedging products to help companies minimize their risk management. I don’t understand why they are blaming us for respecting the regimentations.”

The magazine suggests that this whole “misunderstanding” could nonetheless have an explanation: what if the central bank gave blackout instructions to banks to refrain from communication about hedging products to avoid speculation and manipulation? What if banks use the imbroglio just to sell hedging products?

“Only the investigations to be led by Bank Al Maghrib will give an answer,” explained Telquel.