Rabat - As the government has still not settled the eight-month-long crisis in the Al Hoceima region, Minister of Interior Abdelouafi Laftit has said that negligence of officials to listen to citizens’ demands and absence of reaction to their concerns has led to “nourishment of upheaval and tension, and a contribution to the dissemination of nihilist ideas among the people.” 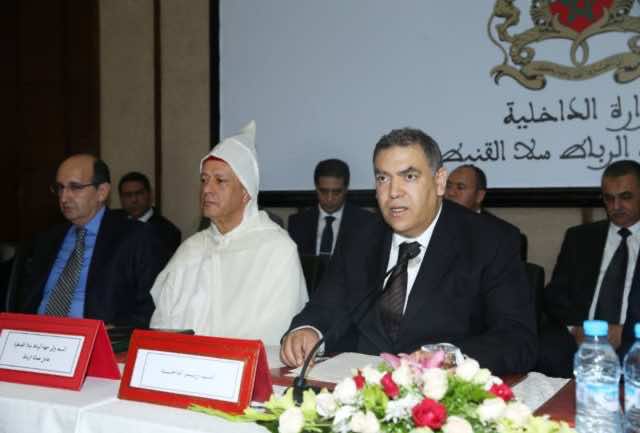 Rabat – As the government has still not settled the eight-month-long crisis in the Al Hoceima region, Minister of Interior Abdelouafi Laftit has said that negligence of officials to listen to citizens’ demands and absence of reaction to their concerns has led to “nourishment of upheaval and tension, and a contribution to the dissemination of nihilist ideas among the people.”

Speaking during the appointing ceremony of Rabat-Salé-Kenitra’s new governor Mohamed Mhidia on Wednesday morning, Laftit said, “The public authorities are obliged to always be present to listen to the issues and demands of the citizens, as well as to suggest the appropriate solutions for their problems and ensure the implementation of the law that give them faith.”

Laftit added that the task to preserve public order and ensure the safety of the citizens is among the tasks of the territorial and security administration, adding that the value of the state is related to the prestige of its representatives.

Laftit reiterated that representatives of the ministry should communicate with citizens to curb the attempts of anyone aiming to take advantage of social demands to serve profits and not the people.

Laftit went on to note the concern of King Mohammed VI regarding the region of Rabat-Salé-Kenitra, evidencing a number of projects in the area that had begun, including “The Preparation of Bouregreg Basin” and “Rabat, the City of Lights, Morocco’s Cultural Capital”. The minister noted that the aim of these projects was to make the city a proper competitor for other international capitals.

On Sunday, King Mohammed VI received at Casablanca’s Royal Palace a group of Walis and Governors that were appointed at different regional and central departments of the Ministry of Interior.