Rabat - What draws hippies, backpackers, and music lovers from Morocco and all over the world to the annual Gnaoua World Music festival, kicking off this Thursday, June 29 in Essaouira? 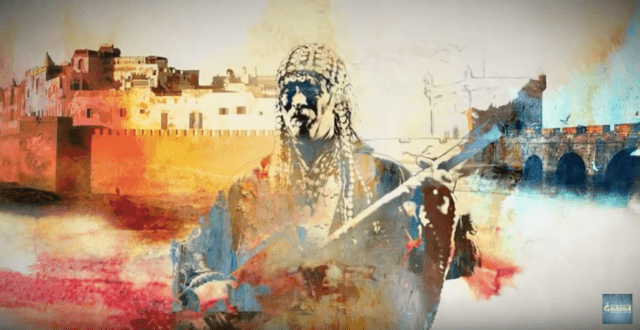 By
Zoe Zuidema
-
Zoe Zuidema is a student at Drake University and studies Broadcast News, Writing, and Religion.
Jun 29, 2017
Spread the love

Rabat – What draws hippies, backpackers, and music lovers from Morocco and all over the world to the annual Gnaoua World Music festival, kicking off this Thursday, June 29 in Essaouira?

Gnawa (Gnaoua) is a music genre stemming from African Islamic spirituals and songs that often combines poetry with traditional music and dancing and is commonly performed at celebrations and communal events dedicated to prayer.

The music’s origin can be traced to sub-Saharan Africa, though traditional practice is concentrated in Morocco and has since followed the Moroccan diaspora to travel to other countries in Africa and Europe.

Aspects and lyrics of Gnawa songs refer to the lyricists’ origins in enslavement, displacement, and mistreatment, rooted in a time period when black slaves sang of daily miseries.

These songs, which establish links between today’s sub-Saharan community and their marginalized past, have come to connect more than just the Gnaoua ethnic group.

In calling attention to the plight of the slaves in Morocco’s past, Moroccans, sub-Saharans, and foreign visitors alike infuse celebrations with the repetitive, energetic beats of this traditional music.

Morocco is the epicenter of Gnawa music, and hosts the Gnaoua World Music Festival in Essaouira every year, as one of the largest public festivals in Morocco.

Today, some Gnawa musicians have modernized their craft and, as a result, fused its core spiritual music with similar genres like jazz, blues, reggae, and hip-hop.

The dissemination and transformation of Gnawa music that has taken place since its creation proves it to be a universally engaging and persistent art form.

As it continues to captivate audiences from across the world, it becomes clear that traditional Gnawa music will, for ages to come, continue to represent a past that may otherwise be lost to future generations. 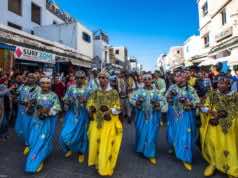 In Pictures, the 1st Day of the Colorful Gnaoua Festival in Essaouira 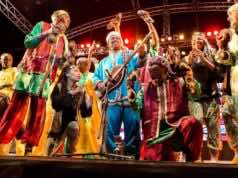 The Annual Festival of Gnaoua Celebrates its 21st Anniversary. 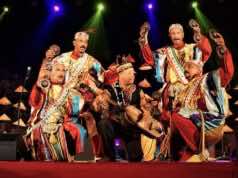 Standing Ovation for Gnaoua at the 2018 Hue Festival in Vietnam