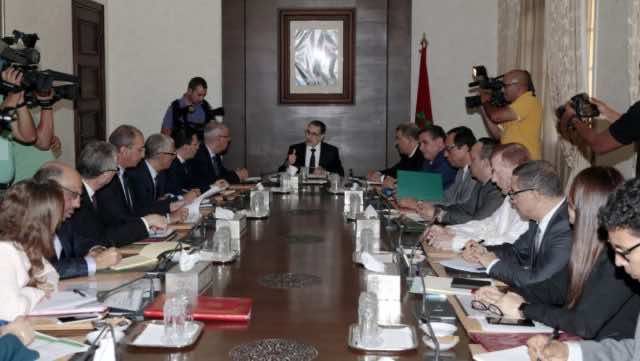 Rabat  – Following the Council of Ministers, held by King Mohammed on Sunday, the government plans to establish a committee to compile inventory tracking all property and government projects in Al Hoceima.

While Al Hoceima protests have been ongoing for eighth months, Head of Government, Saad Eddine  Othmani, said Thursday that the Council  of Ministers has paved the way for the creation of a new stage in dealing with projects that are scheduled or approved by the government or launched by the king.

These projects are meant to concentrate government accountability and focus with respect to the stipulated deadlines and ensure guaranties before securing funding and provide possibilities.

In a press conference following Thursday’s cabinet meeting, government spokesman, Mustapha Khalfi, relayed the government’s decision to create a committee that will carry out a complete inventory of projects signed by the king or approved by the government, whether in Al Hoceima or elsewhere.

According to Khalfi El, Othmani has stressed the need for civil visits by members of the government, instead of relying on reports that are periodically submitted.

The spokesman also said that the Ministry of State in charge of Human Rights will be involved in the preparation of a new plan for the promotion of human rights, pointing out that the Council of Government has held a thorough discussion about recent events in Al Hoceima.

Following criticism over his failure to explain the government’s justification regarding how the Al Hoceima protests have been handled, Othmani broke his silence on Wednesday, expressing his sadness and regret over the violent incident that occurred in the city on Monday after Eid Al Fitr prayers. Security Forces intervened violently to disperse protesters, who had taken to the streets to call for the release of detained activists.