Rabat - Member of Parliament and Istiqlal Party Member Zine El Abidine El Houass, who was arrested on suspicion of bribery and abuse of power, is currently at the heart of a national scandal that has highlighted the problem of political corruption in Morocco. 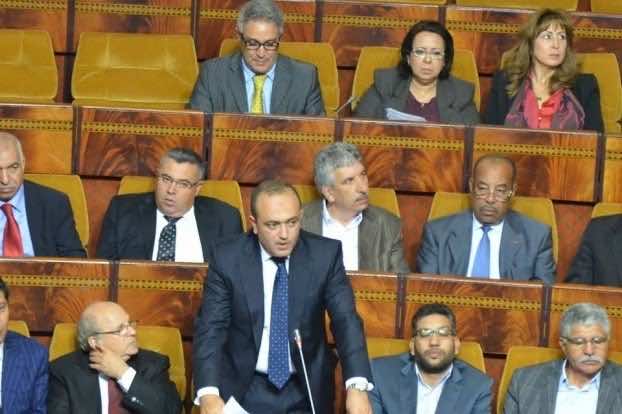 Rabat – Member of Parliament and Istiqlal Party Member Zine El Abidine El Houass, who was arrested on suspicion of bribery and abuse of power, is currently at the heart of a national scandal that has highlighted the problem of political corruption in Morocco.

As an Istiqlal Party member of the House of Representatives and president of the municipality of Had Soualem in the province of Berrechid, El Houass is suspected of unlawful enrichment, having taken advantage of his position as an elected local official.

After El Houass’ arrest in his home on June 20, rumors soon surfaced across social media surfaced that police had found MAD 170 million in his home.

While these rumors were later denied by a source from the judiciary, media reports gave conflicting details concerning his fortune. Some said he had MAD 170 million saved in Moroccan bank accounts, and others suggested a smaller number of approximately MAD 30 million.

A report by Hespress indicated that his fortune also included property worth MAD 150 million.

Police investigations following his arrest revealed the MP had taken part in both bribery and squandering public funds, which enabled him to amass a large fortune.

Nicknamed “OuldLfelah” (Son of a Farmer), El Houass entered politics in the hope of growing his fortune, and in doing so followed in the footsteps of his father, who was president of the municipality of OuledHriz in Berrechid from.

El Houass was first elected to a political role in 1997, when he won municipal elections to become a member of the municipality of Sahel.

Despite his failure to be re-elected six years later, he did not give up and managed get elected in municipal elections in 2009 and 2015.

A former member Authenticity and Modernity Party (PAM), El Houassjoined Istiqlal Party (PI) made the leap from local to national politics when he succeededin general elections in 2016.

As president of the municipality of Had Soualem, El Houass demanded bribes from real-estate construction companies in exchange for licenses to continue their projects.

While this embezzlement proved fruitful for the 42-year old and helped his fortune rapidly increase, the MP did not bank on his illegal operations coming to light and causing a full-scale investigation.

El Houass’ demise began when a real-estate entrepreneur made a complaint accusing the politician of asking for a bribe of MAD 800,000.

During the initial stages of the investigation, Howass did not seem phased and claimed that the money he had received from companies were “gifts” as opposed to bribes.

While investigations are ongoing, El Houass’ case continues to be the hot topic across Morocco.

On social media, many Moroccans have been lashing out at the political eliteand questioning how many corrupt politicians and officials,who have not yet been uncovered, remain