Rabat - Far from being exceptional, the growth of the national economy was fairly sustained in the first quarter of 2017. 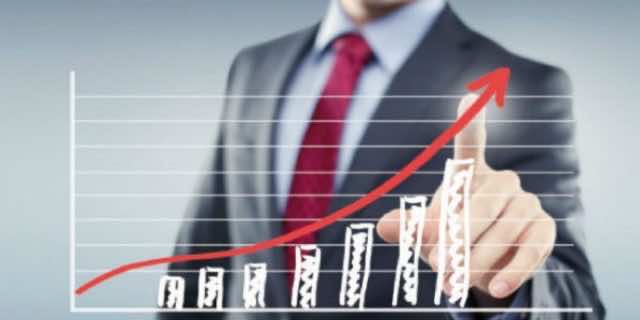 By
Chaima Lahsini
-
Chaima Lahsini is freelance journalist and activist with the Al-Fam collective in Rabat.
Jul 1, 2017
Spread the love

Rabat – Far from being exceptional, the growth of the national economy was fairly sustained in the first quarter of 2017.

According to the High Commission for Planning (HCP), the recovery of the National Accounts showed an improvement in growth of 3.8 percent, compared to 1.6 percent over the same period in 2016.

This growth is due in particular to the significant rebound in agricultural activity, which reached 14.2 percent by the end of March 2017 compared to the  10.9 percent decrease a year ago.

After an acute decline of 9.1 percent in the first quarter of 2016, seasonally adjusted primary sector value added in volume increased by 12.1 percent over the same period in 2017, noted the HCP in its latest briefing note on the national economic situation in Q1FY17.

At current prices, GDP grew by 4.1 percent. As a result, the increase in the general price level was 0.3 percent instead of 0.1 percent as seen the previous year. Nonetheless, the value added of non-agricultural activities marked a modest increase of 2.4 percent, the same rate as in the first quarter of 2016.

The value added of the service sector grew by 3 percent in the first quarter of the current year, instead of 2.4 percent in the same quarter of 2016, noted the HCP. Almost all components of the sector were able to generate positive growth, with the most remarkable increase being observed in hotels and restaurants at 7.7 percent.

By contrast, the value added of the secondary sector experienced a slowdown in its growth rate this year, falling from 2 percent in Q1FY16 to 1.7 percent.

The HCP explain this slight decrease by the poor growth of the value added in the sector activities, and by a drop in electricity and water activities, as well as construction and public works.

Exports of goods and services also fell, to 4.6 percent in the first quarter of 2017 from 6.3 percent in the previous year. Imports did grow, but this was at a considerably slower rate of 7 percent compared to 12.5 percent in 2016.

As a consequence of  these results, the HCP explained that external trade in goods and services was continuing to make a negative contribution to growth at -1.4 points, but this is  less acute when compared to Q1FY16, when it settled at -3 points.

Given that the increase in national final consumption by value was 4.2 percent, national savings amounted to 26.7 percent of GDP instead of 27.3 percent in the first quarter of 2016.