Rabat - Al Hoceima’s Court of Appeal has announced that the appeal trial for 25 convicted Rif protesters will begin on Monday, July 3. 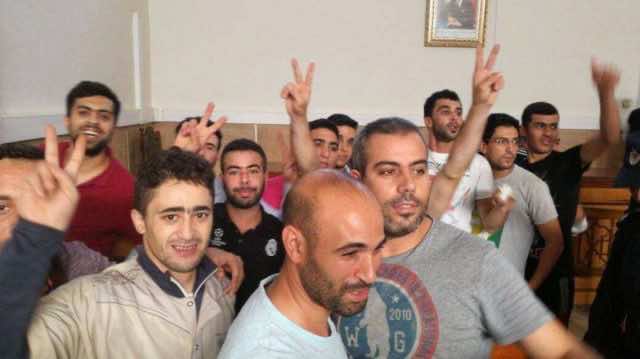 Rabat – Al Hoceima’s Court of Appeal has announced that the appeal trial for 25 convicted Rif protesters will begin on Monday, July 3.

Following arrests on May 26 for “violence against security forces”, the protesters were each sentenced to 18 months in prison.

On that day, clashes between protesters and security forces arose when the latter tried to arrest Nasser Zafzafi, the prominent activist of Hirak (the protests movement in Al Hoceima), following his interruption of a Friday prayer sermon.

A warrant was issued for Zafzafi’s arrest after he and a number of his supporters prevented the Imam of Al Hoceima’s Mohammed V mosque from continuing his sermon. Zafzafi felt the sermon was directed against Hirak, as it warned against the consequences of protests and how they may lead to ‘fitna’ [civil strife].

The Crown Prosecutor in Al Hoceima issued an arrest warrant against Zafzafi for “obstructing freedom of worship”, and he was arrested three days later, on May  29.

The activist was later transferred to Casablanca for investigation, where he and 41 other detained activists were accused of “undermining state security and citizen’s loyalty to state institutions”, among other heavy charges.

While the trial of Zafzafi and his colleagues is still ongoing, the sentences against the 25 convicts in Al Hoceima were hugely criticized by human rights activists, who called them “harsh”.

The sentences highlight the tough stance adopted by the state in dealing with the protests, which have not stopped since the death of local fish vendor Mouhcine Fikri in October 2016.

Fikri was crushed by a garbage truck compactor to death when he tried to save his merchandise, which law enforcement officers had seized. Authorities put his merchandise, swordfish, into the truck, saying  that the fish he intended to sell was a protected species and that it was illegal to fish it at the current time.

Public anger at his death evolved into large-scale protests which called for an end to what the local population have labeled “a marginalization of the Rif region”, saying the area has been abandoned by the central government since the rule of King Hassan II. 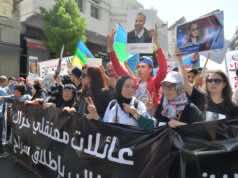