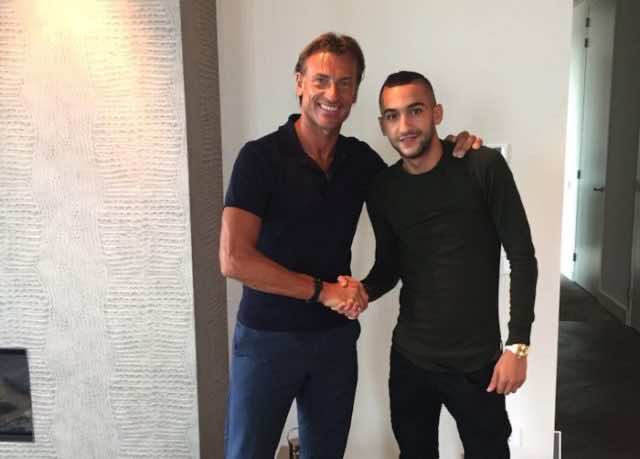 Fouzi Lekjaa, president of the Moroccan Football Federation (FRMF), held a meeting in Amsterdam on Friday to resolve the problem between Renard, Morocco’s national football team coach, and Ziyech, the Moroccan-Dutch footballer who plays for Ajax.

When Renard later called on the Ajax star to support his national team during a friendly game against the Netherlands on May 31 at Agadir’s Adrar Stadium, the youngster rejected Renard’s call telling Dutch media that he will “never play” for Morocco’s national football team as long as Renard is coach.

Lekjaa, who is also a member of the African Football Confederation’s (CAF) executive board, has, however, managed to convince Ziyech to defend his Moroccan jersey in the important upcoming qualifying games for the Africa Cup of Nations. Lekjaa has also solved the problem between the footballer and the Frenchman. Pictures of the coach along with the Moroccan Ajax footballer went viral after their reconciliation.

Morocco’s next international match is scheduled to take place on August 28 against Mali.