Rabat - The funeral of Simone Veil, prominent figure in French political life, as well as holocaust survivor and feminist activist, took place at the Hotel des Invalides in Paris, with Princess Lalla Meryem in attendance at the tribute ceremony on July 5. 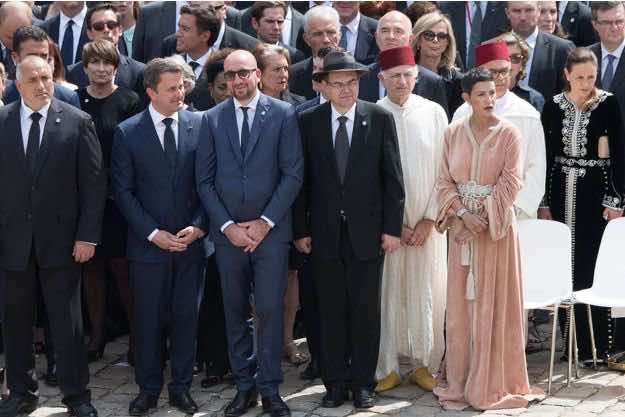 Rabat – The funeral of Simone Veil, prominent figure in French political life, as well as holocaust survivor and feminist activist, took place at the Hotel des Invalides in Paris, with Princess Lalla Meryem in attendance at the tribute ceremony on July 5.

The coffin of the much respected politician, who died at the age of 89 on June 30, arrived at the Hotel des Invalides, home of Napoleon’s tomb,draped in the French flag and carried by Republican guards accompanied by the music of Chopin’s Funeral March.

As one of the most admired women in her country, Veil will be laid to rest in the Panthéon alongside dozens of France’s most influential historical figures.

At the tribute ceremony for Veil, French President, Emmanuel Macron, expressed his admiration and thanks for the late Minister of Health for having made France “better and more beautiful.”

“Just as you leave us, Madame, please receive the immense thanks of the French people to one of its much cherished children, whose example will never leave us,” said Macron in front of Veil’s coffin, which was on display at the center of the Invalides’ courtyard.

Former French President, 90-year-old Valéry Giscard d’Estaing, said that he “regrets” being able to be present.

Simon Veil was born to a Jewish family in Nice in 1927. In 1944, she was arrested by the Germans in 1944 along her family and sent to Auschwitz and Bergen-Belsen.

Her role in legalizing abortion in the 1970s during her tenure as the French minister of health gained her respect among the liberal citizens of her country.

Simone Veil was considered one of the 40 “immortals” of the Académie Françaisein 2010.