Rabat - Minister of State in charge of Human Rights Mustafa Ramid said during a meeting with a body of human rights organizations in Rabat on July 6 that Mohsine Fikri was accidentally killed by an “unintended move by his friend.” 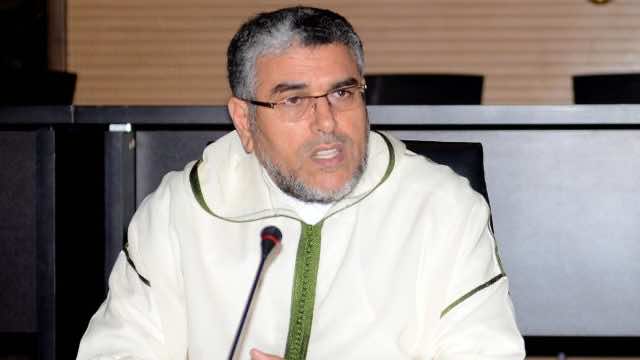 Rabat – Minister of State in charge of Human Rights Mustafa Ramid said during a meeting with a body of human rights organizations in Rabat on July 6 that Mohsine Fikri was accidentally killed by an “unintended move by his friend.”

During the meeting, Ramid accused unidentified parties of having promoted the expression “Tahan mo” [grind him], which has spread across social media by storm as a way to hold the public authorities responsible for the death of Mohsine Fikri.

The minister accused human rights associations and the general public of glossing over the results of the investigation carried out by the authorities and confirmed that there were security camera recordings from the location where Mohsine Fikri was crushed in the garbage container.

Ramid stressed that the government has refused to compromise the personal safety of any Moroccan citizen.

During the meeting, he projected images of violence against both citizens and police during the rural protests as well as a video of the violence that took place in the city of Amazorn in March.

The minister emphasized that for a five-month period, Al Hoceima organized at least 500 demonstrations and rallies during which no police interference disturbances were recorded, adding that these protests were treated “wisely to guarantee the right for all citizens.”

He concluded that violence only increased when protestors burned down a police station in the city of Amazorn.

Moroccan public opinion was shaken by the news of the tragic death of Mouhcine Fikri, a 31-year-old fishmonger on October 28 in Al Hoceima. His fatal crushing in a garbage truck was captured in photographs and video, which went viral on social media in a matter of minutes and stirred a huge uproar.

Within hours, millions of Moroccans called for spontaneous protests. On Sunday, demonstrations were staged in more than 20 locations, including large cities such as Casablanca, Rabat, Marrakech, Fez, and Tangier, as well as in Al Hoceima where the tragic incident occurred.

The main demand of the demonstrators is to put an end to the culture of what people Morocco call “hogra,” or abuse of power at the hands of law enforcement officials. Protesters are demanding that the government put an end to the perceived impunity of the police and security forces and hold them accountable for their actions.

The incident has given rise to Hirak, a movement which organizes the demonstrations in Rif calling for social justice and equity.

Abdelilah Benkirane: “PJD Party is Going Through Worst Ever Test” 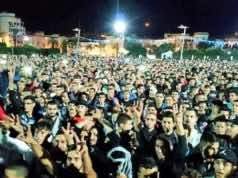