Rabat - The members of the General Secretariat of the Justice and Development Party (PJD) have urged the party's National Council to hold an extraordinary session on July 15, intended to discuss the PJD's leadership mandate before the party's convention at the end of 2017. 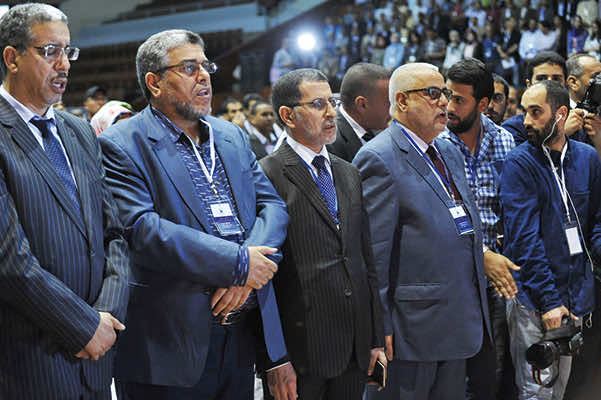 Rabat – The members of the General Secretariat of the Justice and Development Party (PJD) have urged the party’s National Council to hold an extraordinary session on July 15, intended to discuss the PJD’s leadership mandate before the party’s convention at the end of 2017.

The council’s previous extraordinary session was held on May 28, 2016, where members decided to prolong the mandate of PJD leader Abdellah Benkirane, who had spent two consecutive terms as head of the party.

Benkirane was then the head of government, leading a coalition of four parties. Extending his mandate was meant to maintain cohesion of both the party and government leadership.

However, PJD is currently facing a dilemma, as it is leading a coalition now headed by Saad Eddine El Othmani, the head of the National Council, who was appointed in March by King Mohammed VI as Head of Government as a replacement to Benkirane, who had failed to form a coalition after six months of negotiations following the October 2016 general elections.

Several members of PJD are hoping Benkirane will lead the party for a third term. The Islamists owe their leader huge victories in three consecutive general and municipal elections between 2011 and 2016.