Rabat - A delegation of three Belgian Socialist parliamentarians arrived in Al Hoceima on Thursday, July 5 for a five-day visit, in order to better understand the “complex” situation of the Rif protests. 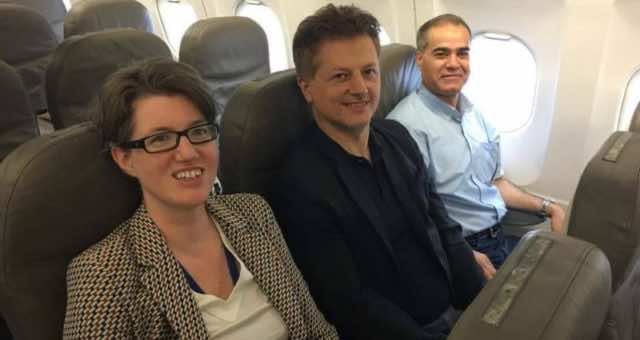 By
Chaima Lahsini
-
Chaima Lahsini is freelance journalist and activist with the Al-Fam collective in Rabat.
Jul 8, 2017
Spread the love

Rabat – A delegation of three Belgian Socialist parliamentarians arrived in Al Hoceima on Thursday, July 5 for a five-day visit, in order to better understand the “complex” situation of the Rif protests.

Conducted by Casablanca native Nadia El Yousfi, Catherine Moureaux, and Amet Gjanaj, the visit will consist of meeting “with the Rif activists and the authorities, in order to have a better understanding of what is happening,” according to a statement made public by the delegation.

To inform the public of their visit, the three deputies created a special page on the social network Facebook called “Mission to Al Hoceima.”

The delegation conducted a number of meetings with local political leaders, as well as visits to the hospitals of the region.

On its Facebook page, the Belgian delegation said that while its mission is moving forward, “we learned that during the demonstration yesterday [Friday, July 7], new acts of violence had occurred, which we condemn, especially those taken towards women. We continue in spite of the pressure our work, in the spirit of openness that drives us, to understand the complex situation here in Al Hoceima.”

As the situation in Al Hoceima kept escalating during the past month, the delegation said they saw the necessity to observe the unrest on-site to have a better understanding of the crisis.

“There is no question here of positioning ourselves as lecturers or judges. As Belgian MEPs and in the light of our regional and community competences, we want to think about possible partnerships with both the Rif region and other regions (some partnerships already exist with other cities and regions). Obviously, all this does not clear the fact that the local authorities have to resume the dialogue by responding to these demands,” explained the parliamentarians.

After the 48 hours truce declared by the activists of the Hirak protest movement, protesters returned Friday evening to demonstrate in the street, particularly at the Square of Martyrs in the center of the city.

Security authorities moved on the scene immediately following the influx of protesters at the square, dispersing demonstrators by force. Several cases of fainting and injuries were recorded among activists, especially women.