Rabat - Egyptian singer Sherine has told journalists that she was “very happy” to sing at Ifrane’s second international festival and stated that the kingdom has many talented people who should be encouraged. 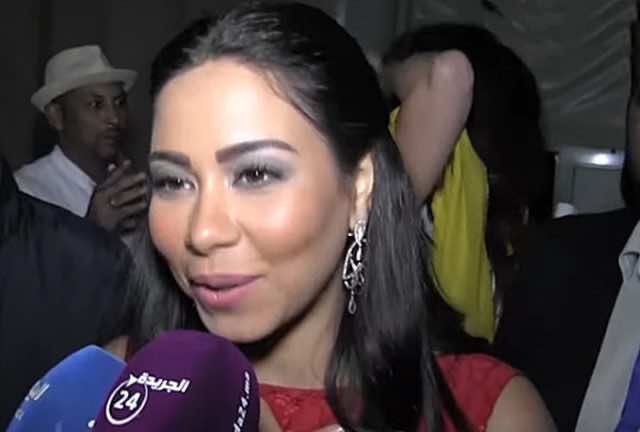 Rabat – Egyptian singer Sherine has told journalists that she was “very happy” to sing at Ifrane’s second international festival and stated that the kingdom has many talented people who should be encouraged.

Cairo-native Sherine Abdel-Wahab compared Morocco to paradise, and told reporters that despite the cold weather of the “Switzerland of Morocco”, she was happy meet her fans at the three-day festival. The singer noted it was the first time she had visited the northern Moroccan city in the Middle Atlas region.

Alongside performing a selection of her most famous songs on Saturday night, Sherine also sang a song by Saad Lamjarred, explaining “he needs our support more than anyone else.” Moroccan singer Lamjarred has twice been accused of sexual assault.

While on stage, Sherine introduced “two talented Moroccan singers” Radwan Asmar and Iman Shmiti, saying the kingdom has many talented citizens who should be encouraged.

The singer also greeted King Mohammed VI and announced a new album would be released on Aid al Adha. Sherine is also known for her work as an actress and revealed a film featuring her was to be released in the nearby future.

The theme of the festival from July 7 to 9 was ‘Songs of Cedarwood’.