Rabat - The ban on taking laptops and other large electronic devices in aircraft cabins on flights between Morocco and the United States will end Thursday, July 12, Royal Air Maroc (RAM) has reported. 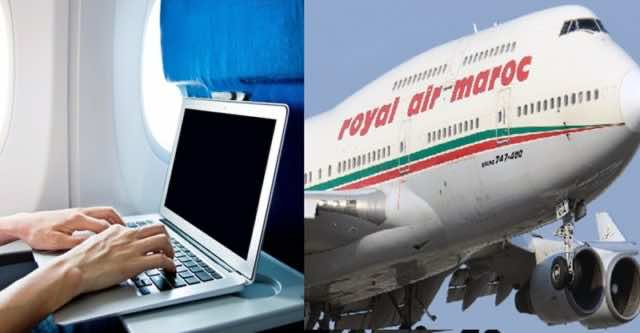 Rabat – The ban on taking laptops and other large electronic devices in aircraft cabins on flights between Morocco and the United States will end Thursday, July 12, Royal Air Maroc (RAM) has reported.

Moroccan airline RAM is the only company offering direct flights to the US from the kingdom, flying between Casablanca’s Mohammed V International Airport and Washington, DC and New York.

A statement released by RAM announcing the ban’s removal did not provide an explanation.The US Department of Homeland Security has lifted the laptop ban on six other airlines (Emirates, Etihad Airways, Kuwait Airways, Qatar Airways, Royal Jordanian, Turkish Airline) after they enforced stronger security measures.

It had previously been reported that the ban was expected to end in Morocco by July 19 at the latest.

In March, the US banned laptops and other electronic devices larger than smartphones from being taken in the cabin on flights from 10 airports in eight countries, citing concerns that they could be used to hide explosives. The countries affected were Egypt, Morocco, Jordan, the United Arab Emirates, Saudi Arabia, Kuwait, Qatar and Turkey.