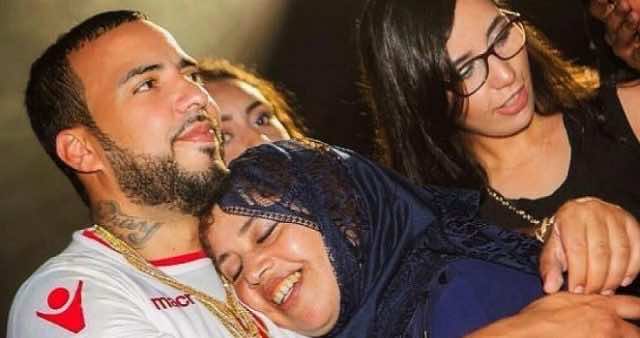 Rabat – After a historic return to Morocco, the Moroccan-American singer French Montana has been showing love for his native country through videos and pictures posted on his official social media accounts.

Hip hop artist Karim Kharbouch, known by his stage name French Montana, has used social media to share his passion for Morocco with his worldwide millions of fans during his stay in Casablanca after performing at the Casa Festival on July 8.

Whether wrapped in his aunt’s arms or escorted by his family members in the wild streets of Casablanca, Montana has seized the occasion to relive these unique moments with his loved ones.

used to stay up all night telling my aunt my dreams ??until I had to leave Morocco and not see her for 15 years. Last night she watched my dreams come to life. A picture worth a thousand words. ????????

“Used to stay up all night telling my aunt my dreams, until I had to leave Morocco and not see her for 15 years. Last night she watched my dreams come to life. A picture worth a thousand words,” reads caption of an Instagram post of the artist’s first encounter with his aunt.

The singer also posted a picture on the platform of himself in a cemetery, expressively leaning over his grand-mother’s grave.

Montana also took advantage of his presence in Morocco to exclusively announce the release of his new album “Jungle Rules” on July 14.