Rabat - After visiting Ethiopia on Monday, a Moroccan delegation held a series of working meetings with several senior Rwandan officials yesterday in Kigali, following up on the partnership agreements concluded during the Royal visit to Rwanda in October 2016. 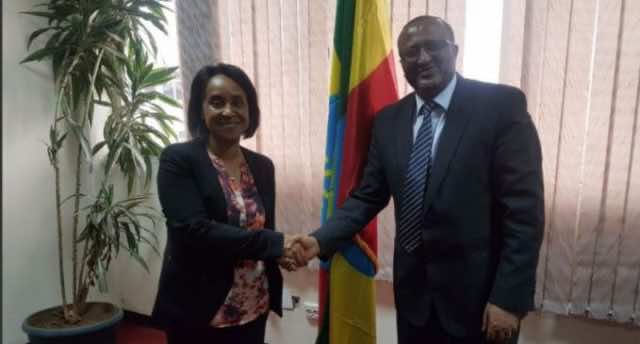 Rabat – After visiting Ethiopia on Monday, a Moroccan delegation held a series of working meetings with several senior Rwandan officials yesterday in Kigali, following up on the partnership agreements concluded during the Royal visit to Rwanda in October 2016.

Heading a delegation including the Foreign Affairs ministry, OCP, CGEM and the Mohammed VI Foundation for Sustainable Development, Secretary of State to the Minister of Foreign Affairs and International Cooperation Mounia Boucetta met with Rwandan Minister of Agriculture, Gerardine Mukeshimana.

During their meeting, the two leaders reviewed “all the economic projects concluded between the two countries.” During the visit of King Mohammed VI to Kigali last October, Morocco and Rwanda concluded 19 bilateral agreements.

Among them was an agreement concerning a pharmaceutical project carried out by the Moroccan laboratory Cooper Pharma, as well as another concerning the construction of 5,000 housing units in Kigali. This project is being carried out on the Moroccan side by the real estate company Palmeraie Développement.

Starting her mission with a stopover in Addis Ababa on July 10, according to a statement from the Foreign Ministry, Boucetta is touring the continent to follow up the projects launched by King Mohammed VI in several African countries.

King Mohammed VI and President Paul Kagame met back in October 19, 2016 in Kigali, signing 19 bilateral conventions between the two states. Some of these agreements bind the two governments and others the private sector of both countries. These agreements cover agriculture, housing, vocational training, the financial, tax and banking sectors, new technologies, air transport, tourism and renewable energies sectors.