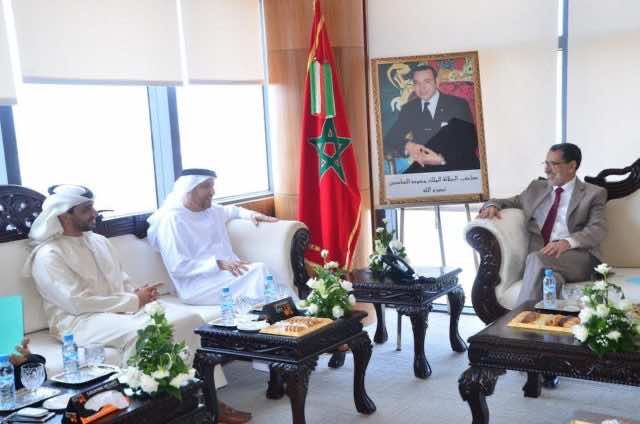 According to a release by El Othmani’s cabinet, the representative of the Dubai government-owned company discussed with the government head ways to facilitate the company’s investments in Morocco and the areas Dubai Holding is interested to invest in.

El Othmani welcomed the holding’s interest in investing in Morocco, adding that the government is encouraging investment in the kingdom.

The Head of Government also pointed to Morocco’s stability as a key factor in attracting foreign investments.

In October 2010, a report by the government revealed that the United Arab Emirates is the second major investor in Morocco, with 13.4 percent of Foreign Direct Investments in Morocco in the period between 2008 and 2015. France came first with 38 percent in the same period.

While no figures were provided concerning the growth of Emirati investments following that period, the Gulf country has unseated France as the first foreign investor in the kingdom.

“Relationships between the two countries are steadfastly getting better and stronger. UAE enjoys a positive image among the government, economic, political, media mileus and among the Moroccan public,” says the UAE Embassy in Morocco.

El Othmani’s meeting with the representatives of the company owned by the government of Dubai is an indication that relations between Morocco and UAE are still strong despite divergence on the Qatar crisis.

UAE is among the four Arab countries which decided on June 5 to cut diplomatic and economic relations with Qatar and impose an embargo on the Gulf country.

Being friends with both Doha and Abu Dhabi, Rabat adopted a neutral position and offered mediation in the crisis.

King Mohammed VI, who enjoys good relationships with leaders of the two countries, sent his Minister of Foreign Affairs Nasser Bourita to Abu Dhabi and other Gulf capitals to help alleviate the tension.