Rabat - The map of the Antarctic Peninsula will have to be redrawn after a massive iceberg 4 times the size of London broke off. 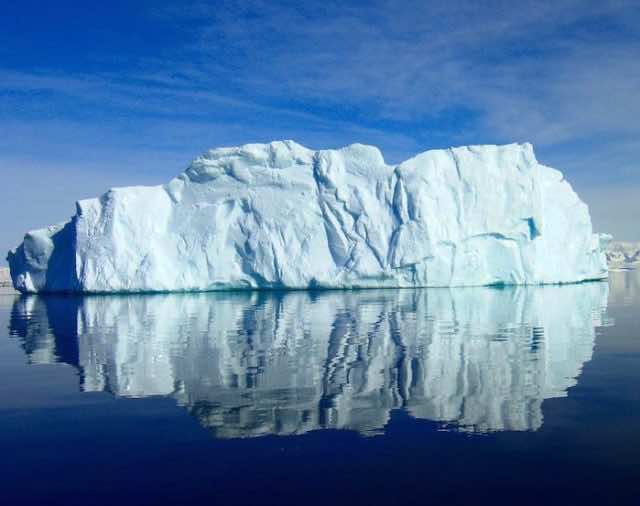 Rabat – The map of the Antarctic Peninsula will have to be redrawn after a massive iceberg 4 times the size of London broke off.

For now, the enormous behemoth is remaining in place, “A one trillion tonne iceberg – one of the biggest ever recorded,” according to Antarctic research.

“The calving occurred sometime between Monday 10 July and Wednesday 12 July 2017, when a 5,800km section of Larsen C finally broke away. The iceberg, which is likely to be named A68, weighs more than a trillion tonnes. Its volume is twice that of Lake Erie, one of the Great Lakes,” scientists continued.

The berg, weighing in at a trillion tonnes, broke away from the Larsen C Ice Shelf after satellite images revealed a massive crack formed over several years. The “calving” of the berg away from the coastline could possibly cause Larsen C to collapse.

“The calving of this iceberg leaves the Larsen C Ice Shelf reduced in area by more than 12 per cent, and the landscape of the Antarctic Peninsula changed forever,” the scientists said.

“Although the remaining ice shelf will continue naturally to regrow, Swansea researchers have previously shown that the new configuration is potentially less stable than it was prior to the rift.”

Professor Adrian Luckman, of Swansea University, a lead investigator on the Midas project, said: “We have been anticipating this event for months, and have been surprised how long it took for the rift to break through the final few kilometres of ice.

“We will continue to monitor both the impact of this calving event on the Larsen C Ice Shelf, and the fate of this huge iceberg.

“The iceberg is one of the largest recorded and its future progress is difficult to predict. It may remain in one piece but is more likely to break into fragments. Some of the ice may remain in the area for decades, while parts of the iceberg may drift north into warmer waters.”

As massive as the iceberg is, it is not the largest to ever break free. The largest iceberg ever recorded was nearly twice the size of this one, measured at 11,000 square kilometres. It broke free from the Ross Ice Shelf in 2000. Six years later, it floated past New Zealand.

For Rod Downie, head of the polar programmes at environmental charity WWF, “it demonstrates just how fragile the polar regions are.”

“The polar regions drive our oceans and atmosphere,” Downie explained. “But west Antarctica has experienced some of the most rapid rates of warming on the planet in recent decades, and that’s not good news for iconic species such as Adélie or emperor penguins.”

Downie maintains the event is a clear example of the effects of climate change. “This demonstrates why we need to urgently and globally tackle climate change head on, starting in the UK with the UK Government outlining how we plan to meet our international commitments to reduce carbon emissions.”

The iceberg could remain intact for the foreseeable future, or it could break into smaller bergs. Either way, scientists agree that the sheer size of the event will require a redrawing of the map of the entire Antarctic Peninsula. 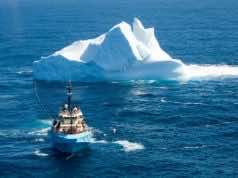