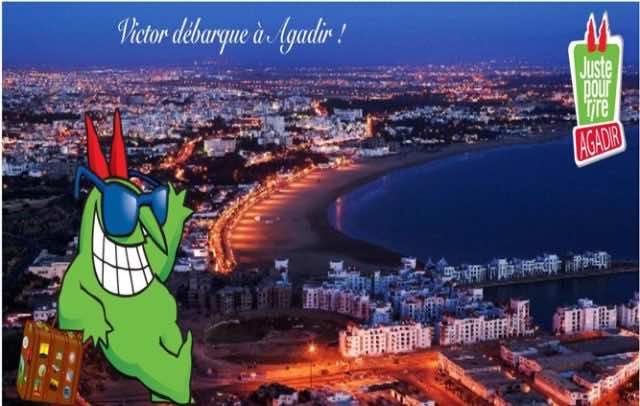 Rabat – Following the success of the international TV series “Just for gags,” Morocco will host in late August the first edition of the Festival Juste pour Rire on the southern Atlantic coast.

The comedy festival will be held August 23 to 26 in the city of Agadir, in the Theatre de Verdure.

The Juste pour Rire festival is intended an opportunity for Morocco to develop its local comedic culture. With unique programming, it is meant to be an annual festival promoting French, Arabic and Amazigh humor.

More than 30 artists such as Eko Abd-el-Kader Secteur, Lotfi Abdelli, Rachid Rafik, Haitam Meftahi, Bassou, and Yassar will take part in the shows.

The comedy festival aims to become a memorable event that makes Morocco’s differences its strength and fortune.

The partnership agreement with the Juste pour Rire group was signed March 18, under the presidency of Mrs. Zineb El Adaoui, wali of the Souss Massa region (central Morocco), in the presence of local elected officials and journalists.

The Just pour Rire group was born in Montreal 35 years ago, created by Gilbert Rozon along with a festival that has become, over time, the largest festival of humor in the world.

The brand also specializes in the production of humorous content, including hidden camera shows which are aired in over 130 countries and 75 airlines.

The brand has expanded internationally, by creating a dozen festivals across cities like London, Brussels, Lyon, Sydney, Chicago, Toronto, and Johannesburg, among others.