Rabat - TV channel France 24 used a video of police repression in Venezuela to demonstrate the ongoing crisis in Al Hoceima during a program broadcast on July 11. 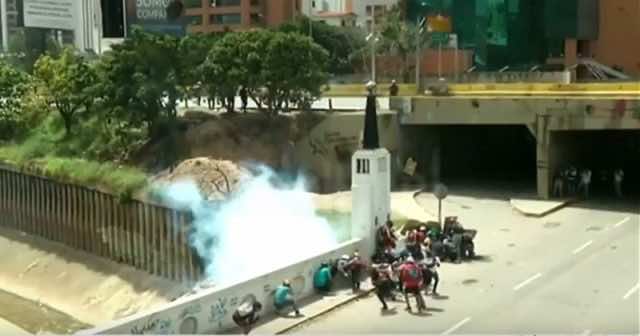 Rabat – TV channel France 24 used a video of police repression in Venezuela to demonstrate the ongoing crisis in Al Hoceima during a program broadcast on July 11.

Lawyer Mohamed Ziane was discussing the situation in the Rif when the clip was aired, showing Venezuelan police using tear gas on protesters.

Over 80 people have died since recent clashes began between Nicolás Maduro’s government and protesters in the South American nation.

In June, France 24 was criticized for using images of marches related to International Labor Day on May 1 during a program about the Al Hoceima crisis.