Rabat - Abdelilah Benkirane, the head of the Justice and Development Party (PJD), has denounced a report by Lakome2 which claimed that he compared the current PJD-led government to that of a sultan installed by French colonial authorities in the 1950s. 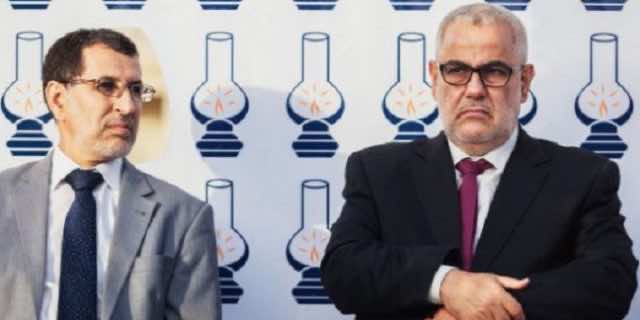 Rabat – Abdelilah Benkirane, the head of the Justice and Development Party (PJD), has denounced a report by Lakome2 which claimed that he compared the current PJD-led government to that of a sultan installed by French colonial authorities in the 1950s.

According to the report, a leading member of a left-wing party met with Benkirane in the latter’s house, where they discussed the current government headed by Saad Eddine El Othmani, PJD’s National Council President.

During the conversation, the leftist politician claimed, Benkirane likened the current government to the government of Ibn Arafa.

On Wednesday, PJD’s official website published a clarification in which Benkirane refuted claims reported by Lakome2.

“I would like to point out that what is stated in [Lakome2] and in other platforms’ articles is incorrect and inaccurate,” reads the statement.

The PJD leader stresses that he is not responsible for statements attributed to him that are not expressed through official speeches and press releases. He adds that “it is obvious that such articles are attempting to create tensions and instill suspicion [and] confusion and undermine confidence among the PJD’s officials and activists.”

Mohammed Ibn Arafa was appointed in 1953 by the French occupation authorities instead of Sultan Mohammed Ben Youssef, later King Mohammed V, who was sent into exile in Larignon for siding with the Moroccan resistance movement.

The banished sultan was seen by Moroccans as the legitimate ruler who stood against French occupation and defended his country’s independence, in comparison to the compliant Ibn Arafa.

The parallel between the government of El Othmani and that of Ibn Arfa was drawn by several observers who believe Benkirane was forsaken by his own leading party members.

In March, Benkirane was dismissed by King Mohammed VI as the appointed head of government, and El Othmani was put in charge of forming a coalition.

Benkirane’s PJD proponents found it hard to digest. El Othmani quickly yielded to pressures by his allies to form a coalition of six parties, something that Benkirane objected to when he was leading negotiations to form his own coalition.