Rabat - King Mohammed VI has expressed his warmest congratulations and wishes of health to French President Emmanuel Macron on Bastille Day (July 14) and has wished the French people continued progress and prosperity. 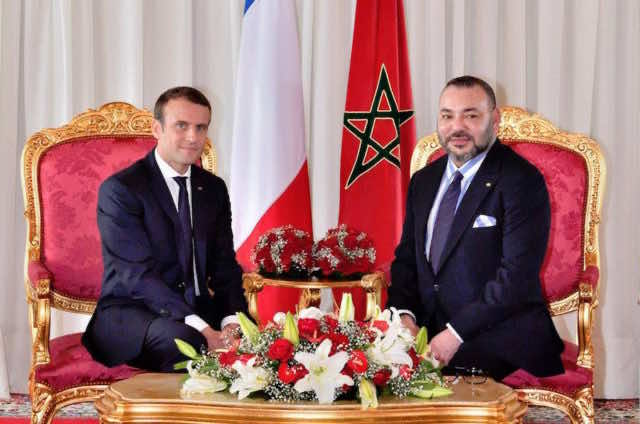 By
Chloe Koura
-
Chloé Koura is a final-year student of Arabic and Latin at the University of St Andrews.
Jul 14, 2017
Spread the love

Rabat – King Mohammed VI has expressed his warmest congratulations and wishes of health to French President Emmanuel Macron on Bastille Day (July 14) and has wished the French people continued progress and prosperity.

In his message, the King highlighted the close relationship between Morocco and France, noting they were connected by history, culture, values and shared interests.

“Confident and ambitious, the French-Moroccan strategic partnership does not only illustrate through a dense and regular political dialogue and a multidimensional bilateral cooperation. It also comes from close concentration and through visions shared in the common fight that we lead against the scourges of terrorism and radicalism, and in the action resolved that we undertake on the subject of the fight against climate change.”

The King noted that a “good illustration” of the coordination between Morocco and France was evidenced by the 2015 COP21 environmental conference in Paris and the 2016 COP22 in Marrakech.

Macron’s visit to Morocco in June was an occasion to demonstrate the strength of the two countries’ relationship, noted the King. He stated that the French president’s trip showed the two countries’ “joint desire to enhance and increase [their] partnership by promoting innovative projects and mutually advantageous competitive vectors.”

The King emphasised his determination to work together with France to develop their relationship and also noted an upcoming meeting under the theme of ‘Morocco-France-Africa’. At the meeting, the King hopes to ensure the two countries’ “commitment to put [their] bilateral cooperation into service for the benefit of Africa and aspirations of the new generations for a better future.”

Bastille Day (‘La Fête Nationale’ in French) commemorates the Storming of the Bastille in 1789 and marks the start of France’s republican democracy. This year, United States President Donald Trump will attend the famous procession down the Champs-Élysées in Paris, the world’s oldest military parade.