Rabat - A Casablanca-Algerian flight was forced to return to Mohammed V airport Friday morning when an engine caught fire. 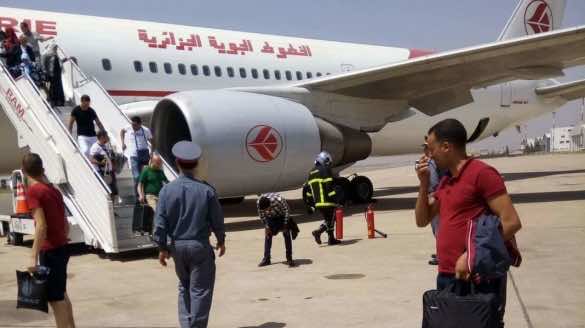 Rabat – A Casablanca-Algerian flight was forced to return to Mohammed V airport Friday morning when an engine caught fire.

Avoiding a possible catastrophe, the flight returned to the airport after one of the engines on Air Algeria flight AH4014 caught fire shortly after take-off.

“Several travelers were keen to salute the coolness of the pilots who had great difficulty in bringing the plane back to Casablanca but there are no casualties,” they reported.

According to the same source, the incident, despite its positive result, highlights an ongoing issue with Air Algeria flights:

“It is a safe bet that this incident may well revive the controversy over the safety and maintenance of the aircraft of the national company,” concludes the electronic newspaper. And “it is very regrettable that the authorities have not taken the necessary measures to avoid such inconveniences,” said one observer.