Rabat - Hundreds of Ajax football fans have paid tribute to Moroccan-Dutch midfielder, Abdelhak Nouri, who collapsed during a pre-season friendly match on July 8 in Austria. 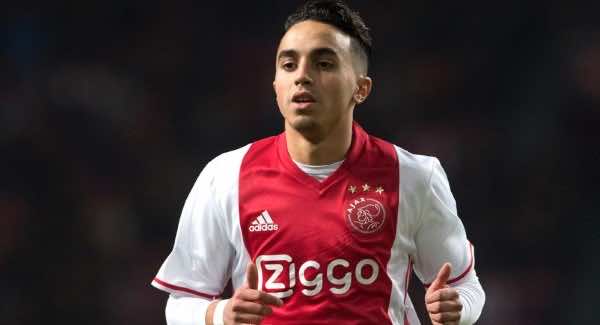 Rabat – Hundreds of Ajax football fans have paid tribute to Moroccan-Dutch midfielder, Abdelhak Nouri, who collapsed during a pre-season friendly match on July 8 in Austria.

Nouri’s collapse was discovered to have been caused by heart rhythm problems, which have left him with permanent injury to his brain.

Taking to twitter, FC Ajax posted a video from outside the Nouri family home, where a wave of Ajax fans gathered together to express their sympathy to his [Nouri] family.

The footballer’s teammates were in attendance as well. Ajax CEO, Edwin Van der Sar, described the 20-year old footballer as a “great talent.”

“We feel enormously for his parents, siblings and other relatives,” he said, adding that “The blow is also difficult for Ajax.”

Devastating news about Abdelhak Nouri. I wish him and his family all the strength in the world #StayStrongAppie ????? pic.twitter.com/0cSRFtEyzJ

What a terrible news.. My thoughts and prayers go out to Abdelhak Nouri, his family, his friends and to Afc Ajax.
? pic.twitter.com/flEI9xzZqo