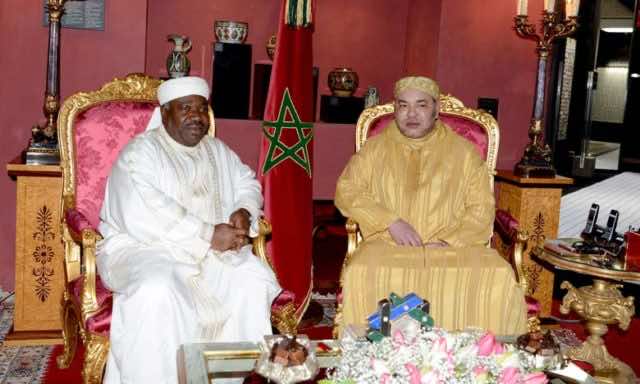 Rabat – King Mohammed VI is due to meet Gabon President Ali Bongo Ondimba in the royal residency in the northern city of M’diq.

The King arrived in Tangier on Sunday after a private visit to France where he stayed in his palace in Betz.

Bongo is on a private visit to Morocco. He arrived in Tangier a couple of days ago. His visit is expected to last two weeks.

The Gabon president is an habitué of the kingdom. He comes regularly with members of his family. On several occasions he was pictured wearing Moroccan traditional clothes.

He is a personal friend of King Mohammed VI. In recent years the two heads of states met on several occasion during official and private visits.

Gabon is also one of the key political allies and economic partners of Morocco in Africa.