Rabat - After a recent diplomatic disagreement over the Western Sahara, Morocco has found itself at odds with Tunisia, a country that has for long maintained its neutrality on the subject. Is Morocco to blame, or has Tunisia been swayed by a growing dependency on Algeria? 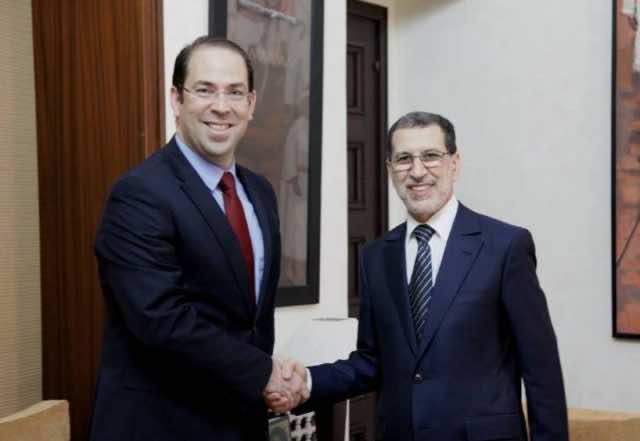 Rabat – After a recent diplomatic disagreement over the Western Sahara, Morocco has found itself at odds with Tunisia, a country that has for long maintained its neutrality on the subject. Is Morocco to blame, or has Tunisia been swayed by a growing dependency on Algeria?

On July 5, Moroccan ambassador to Tunis Latifa Akharbach was received by Mohammed Ennaceur, President of the Assembly of the Representatives of the People (ARP), the unicameral Tunisian Parliament.

According to the pan-Arab media outlet Al Araby Al Jadeed, the ambassador came seeking to alleviate the tension that sparked in June when, during Tunisian Head of Government Youssef Chahed’s visit to Morocco in June,when disagreement broke out over the issue of Western Sahara.

Trap, No Trap
During the June visit, Chahed and Moroccan Head of Government Saad Eddine El Othmani chaired the two countries’ mixed commission, in which 18 agreements were signed.

What was not signed by the Tunisian PM was a draft of the final statement of the meetings. Tunisian media claimed that Moroccan officials tried to trap the Tunisian delegation into recognizing Morocco’s sovereignty over Western Sahara by including a paragraph stating so in the document.

Tunisian media claimed that his position, aligned with his country’s long-standing neutrality on the thorny issue, is what led  King Mohammed VI to’s refuse to receive him.

The reason given by the royal palace for the non-reception of Chahed, which cited to an “indisposition” by the monarch, was seen by the Tunisia side as a false pretext.

The incident, which came after a period of relatively cold relations between the two countries, was met with anger by the Tunisian PM.

Afterwards, the misunderstanding continued to grow. Articles published on the major Tunisian French speaking online media outlets published articles holding the Moroccan side responsible and accusing it of committing a diplomatic blunder.

“Youssef Chahed Thwarted a Diplomatic Trap Set by Moroccans,” read a title by pro-government news website Businessnews.
In addition to their country’s neutrality, Tunisians said the mixed commission was not the right framework to discuss the issue of Western Sahara.

“The Tunisian delegation came to discuss bilateral relations between the two countries and ways of strengthening them,” wrote Businessnews. “The delegation was not there to take a position on a diplomatic matter”.

Claims of Morocco’s attempt to trap the Tunisian delegation were dismissed by the Moroccan Medias24, which cited sources asserting that the controversial paragraph stated that Tunisia “recognizes Morocco’s role in finding a solution” to the conflict.

As was reported by Al Araby Al Jadeed, Akharbach explained during her meeting with ARP’s President Mohamed Ennaceur that the report of the mixed commission “did not include any attempt to squeeze a recognition of Morocco’s sovereignty over the Sahara.”

The ambassador added that the kingdom respects Tunis’ position regarding the issue, which is remains a subject of discord between Morocco and Algeria.

Neutral, Not So Neutral

Tunisia’s exact position on the Western Sahara had been somewhat ambiguous, muddied by discrepancies between public proclamations and private remarks.

Back in 1976, when Morocco regained Western Sahara from Spain, armed conflict broke out between the kingdom and the Algeria-backed Polisario Front, backed by Algeria, which is its main sponsor up-to-date. Libya, under Muammar Gaddafi, also provided military and financial support for the separatist group.

“Bourguiba tried to anticipate [the crisis] by bringing up the subject with Houari Boumediene to convince him to accept that Morocco would regain [Western] Sahara, but in vain, an anonymous Tunisian diplomat told Algerian journalist Akram Belkaid in in March. “Since then, we have to make sure that Tunisia is least punished by this question.”

In an article on the subject for the French news site Orient XXI, Belkaid added that while Tunisian never recognized the Polisario Front, the country’s officials have nonetheless always remained cautious not to visit the Western Sahara provinces.

“In 2016, the [Tunisian] Prime Minister Habib Esside cancelled a trip to Morocco in order not to be present at a conference organized in the city of Dakhla,”, he wrote.

Belkaid himself wrote that, in the 1970s, Tunisian officials would have preferred that the dispute be solved without conflict by  Morocco annexing the territories while granting Sahrawi residents a special status.

Wikileaks also revealed that, in February 2008, ousted president Zine El-Abidine Ben Ali told David Welch, the former US Assistant Secretary of State for Near Eastern Affairs, that Algeria is responsible for the failure of regional integration in the Maghreb because it could not get itself to accept that fact there cannot be an independent state in Western Sahara.

Ben Ali revealed that he tried to hold a regional summit on the issue but Algeria declined to take part.

Following Tunisia’s revolution in 2011, some Moroccan media started to see a change in the country’s stance particularly as Tunisia has become reliant on Algerian’ support to combat terrorism threats and boost its ailing tourism industry.

Tunis’ refusal in July 2016 to sign a motion submitted to the African Union (AU) by 28 member states asking for the suspension of the membership of the self-proclaimed Sahrawi Arab Democratic Republic (SADR) was criticized  in Moroccan media. Al Massae accused Tunisia and other countries which that abstained from signing the motion of thwarting Morocco and other African partners’ plans to kick out Polisario from the AU.

After the Chahed’s refusal to sign the report, Moroccan news website Medias24 once again brought up the growing dependency on Algeria.

“The truth is,” wrote the site,“since the Tunisian revolution and the terrorist attacks in this country, the country of Bourguiba is more and more under the watchful eyes of its Algerian neighbor”, said the French language website.

Were the Moroccan media accurate in their allegations, or did they simply not see the larger picture?

Despite not signing the motion against Polisario, Tunisia supported Morocco’s reintegration to the AU. As for the mixed commission report, Tunisian media justified the refusal by suggesting the agreement would have endangered the country’s economy.

“If Tunisia had signed such a document, our Algerian neighbor would have been very irritated, knowing that Tunisia is expecting 2 million Algerian tourists in this summer season,” explained Businessnews. “Standing behind Morocco in this never-ending conflict would have been at least clumsy.”

Whether the Moroccan government made a faux pas during the visit of Chahed, and whether Tunisia is truly faithful to its traditional neutrality, is subject to debate.

For the future, Morocco needs to take into consideration Tunisia’s relations with Algeria, in order not to run the risk of alienating it by entertaining a false hope.