Rabat - The Moroccan Ministry of Communication and Culture does not seem to be satisfied with France 24’s apologies, as it is currently making legal consultations to check whether the excuses are enough.

By
Chaima Lahsini
-
Chaima Lahsini is freelance journalist and activist with the Al-Fam collective in Rabat.
Jul 18, 2017
Spread the love

Rabat – The Moroccan Ministry of Communication and Culture does not seem to be satisfied with France 24’s apologies, as it is currently making legal consultations to check whether the excuses are enough.

France 24’s blunder is far from being over. After the French TV channel apologized for broadcasting footage of Venezuelan protests as demonstrations taking place in Al Hoceima, the Ministry of Communication and Culture is conducting the necessary legal consultations to “determine whether France 24’s response is sufficient as it stands,” a source quoted by the Maghreb Press Agency (MAP) said.

According to MAP, the department of Mohamed Laarej, Minister of Communication and Culture, is examining France 24’s apology, adding that “a legal unit has been set up to follow this subject in compliance with the laws in force and the deontology of the profession.”

On July 11, the Arabic version of the French TV channel illustrated the events of Al Hoceima with videos of violent clashes in Venezuela. Soon after, Laârej wrote a letter to France Media World CEO Marie Christine Saragosse expressing “Morocco’s indignation,” stating that “what France did 24 is in total contradiction with the rules of the profession, which all media must respect.”

The minister demanded an “apology to Morocco and the misled viewers,” which France 24 delivered on Monday.  During its 5 p.m. news bulletin, the channel explained that the diffusion of these images was due to a “technical failure,” adding that it tried to correct its mistake during the news bulletins that followed. 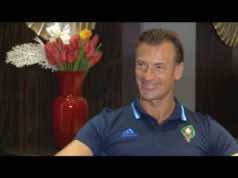 2018 World Cup: Hervé Renard Will ‘Carry the Moroccan Flag as High as Possible’ 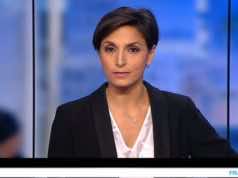