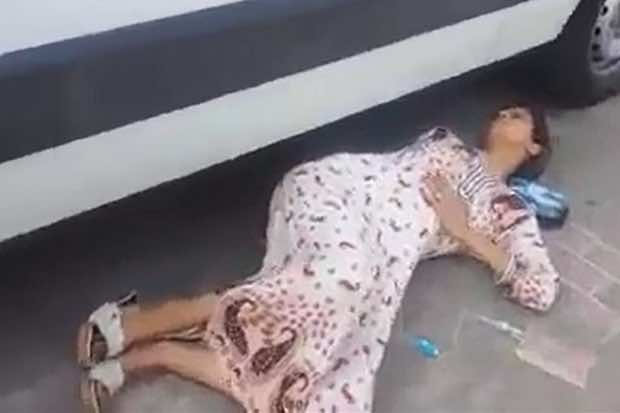 After a video purporting to show the incident spread on social media, the council issued a press release issued on July 19 saying that the video contains many inaccuracies. “The hospital received on the night of July 13a 21-year-old woman who had a mild. The hospital employees provided the patient with the necessary help she needed, including an examination and echo testing, of which the result assertedthat the patient had nothing serious.”

The council added that on the following day, the hospital guards asked the patient’s visitors, including the patient’s husband, to leave the emergency room due to the end of the hospital visit duration. “The husband refused to comply with the orders of thehospital security guards, which made them obligated to call the police.”

The city’s health councilnoted also that the woman attempted to leave the hospital secretly, which is against the hospital’s regulations. The source went on to add that the hospital’s workers tried to return her to her room, but that the patient did not want to go back with them. “She laid herself on the floor outside the hospital (in front of the emergency room) and asked for the help of one of her relatives, who taped the video onhis mobile phone and posted the video on Youtube with false claims.”

In the video, the man speaks to the woman as a journalist. After describing the scene, he started interviewing the patient about what happened. “Can you tell us what happened to you?” the woman then claimed that she has a heart disease and that her husband was beaten bythe hospital security guards. The woman also claimed she waspushed down stairs by the guards when she tried to talk to them.

In the press release, the Ministry of Health also expressed its displeasure due to what it saw as the exploitation of false videos and images used by “some media outlets, which aim to discredit the ministry’s reputation and the efforts exerted by the hospital’s workers.”