Rabat - As part of the government’s regional tour, head of government Saad Eddine El Othmani inaugurated a workshop at the Beni Mellal-Khenifra headquarters on Friday, July21 .At the workshop, he promised that the government is determined on “focusing more on listening to citizens and involving them in selecting suitable development programs throughout the country.” 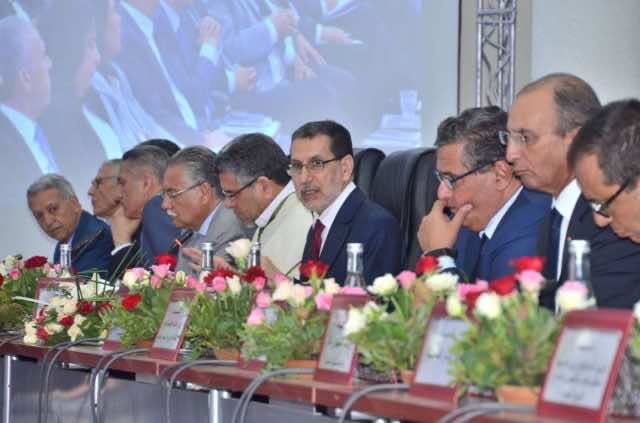 Rabat – As part of the government’s regional tour, head of government Saad Eddine El Othmani inaugurated a workshop at the Beni Mellal-Khenifra headquarters on Friday, July21 .At the workshop, he promised that the government is determined on “focusing more on listening to citizens and involving them in selecting suitable development programs throughout the country.”

“The essence of democracy is the proximity of citizens and listening and engaging them to achieve their aspirations,” said prime minister in the presence of a number of ministers, the governor of the region, the head of the council, and a number of central and regional directors.

According to the head of the government, the meeting provided an opportunity to adopt a new approach to regular and effective monitoring of development programs in order to accelerate the pace of achievements.

“Through this tour, which will cover all the regions of the kingdom, we intend to mark the change of approach in the action of the government,” said El Othmani, adding that the government’s communication plan is focused on getting acquainted with the basic developmental problems in the various Moroccan regions, in response to the aspirations of the population in the social, economic, and development fields in general.

El Othmani stressed that the visits will be an opportunity to reaffirm the need to change the approach of development, by focusing more on listening to citizens and involving them in selecting and developing development programs in various areas of Morocco and targeting the real needs of citizens.

The prime minister also called on the ministers to make viable promises, implementing and committing to their vows through continuously monitoring and following up their implementation.