Rabat - The Confederation of African Football elected Fouzi Lekjaa as its third vice president during CAF Extraordinary General Assembly, held on Friday in Skhirat, near Rabat. 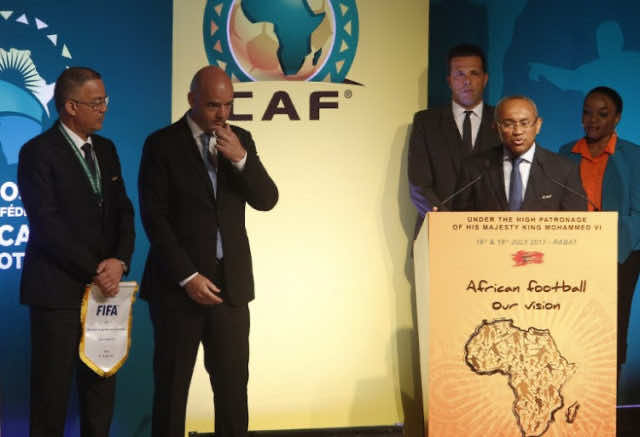 Rabat – The Confederation of African Football elected Fouzi Lekjaa as its third vice president during CAF Extraordinary General Assembly, held on Friday in Skhirat, near Rabat.

During the meeting, CAF also elected the members of its Emergency Committee for the 2017-2021 period: Kwesi Nyantakyi (Ghana) , Omari Constant (Congo), Fouzi Lekjaa (Morocco) , Amaju Pinnick (Nigeria), Hassan Waberi (Djibouti), and Musa Bility (Liberia). The committee will be chaired by Ahmad Ahmad, president of the CAF.

Lekjaa, who is the president of Moroccan Football Federation (FRMF) and the president of the CAF Finance Committee, will become one of the three CAF’s president deputies, alongside Kwesi Nyantakyi of Ghana and Omari Constant Selemani of the Democratic Republic of Congo.

Morocco has recently hosted two prominent football events: namely the African Football Symposium and CAF Extraordinary General Assembly, during which the future of African football was discussed in the attendance of national and international football figures.