Rabat - Nasser Bourita, Minister of Foreign Affairs, said on Friday that Morocco and Ghana will strengthen their means of cooperation to continue the 24-project agreement signed during King Mohammed VI's visit to Ghana in February. 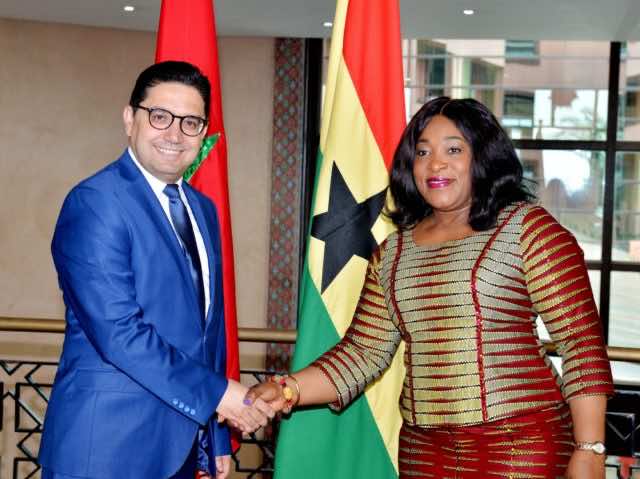 Rabat – Nasser Bourita, Minister of Foreign Affairs, said on Friday that Morocco and Ghana will strengthen their means of cooperation to continue the 24-project agreement signed during King Mohammed VI’s visit to Ghana in February.

The minister stated that the two countries intend to hold regular political consultations, a strategy which was originally set up in 2001.

He added that talks with his Ghanian counterpart were an opportunity to follow up the decisions taken during the Royal visit to Ghana and that Ghana is a country that plays an ’eminent’ role at the level of ECOWAS and the African Union.

For her part, Shirely Ayorkor Botchway, the GhanianForeign Minister, stated that Morocco is a “reliable partner.“ The minister, who is on her official visit toMorocco, revealed during a press conference that “We will do whatever it will take us in order to strengthen our relations with Morocco.”

During her visit, Botchway also met with Aziz Akhannouch, Morocco’s Agriculture Minister, on Thursday. Ghana’s minister stressed the need to strengthen the agricultural framework between the two countries.