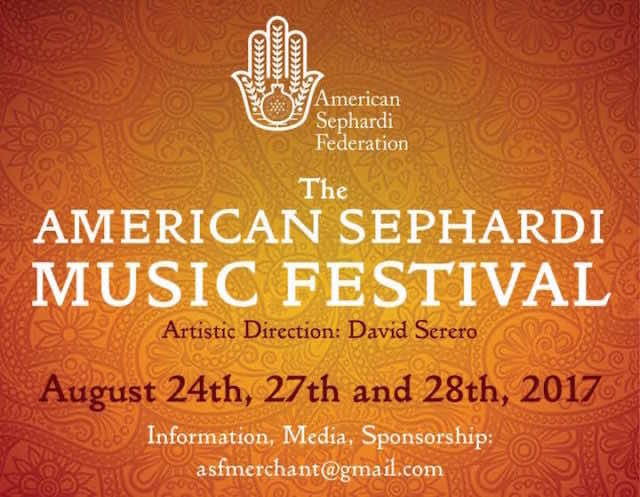 The ancient music of the Sephardi Jews, who originated from medieval Spain and Portugal, is gaining prominence with music-lovers across the world as evidenced by Sephardic music festivals around the world. This year’s American Sephardic Music Festival will take place at the Center for Jewish History in New York City on August 24, 27, and 28.

David Serero, the event’s artistic director, expressed his excitement and gratitude that the event would take place in New York. “It’s thanks to my collaboration and friendship with the American Sephardi Federation, and its amazing director Jason Guberman, that this event is taking place,” he said.

Diverse performances by world-class artists will be heard at the festival, which aims to preserve and promote the history, traditions, and culture of Greater Sephardic communities.  “This is the very first edition of this unique festival,” said Serero. “We’re combining Sephardi artists from different musical backgrounds. This combination brings not only the most notable Sephardi artists, but an exceptional atmosphere.”

Headlining artists include Francoise Atlan, one of the most renowned artists in the world for Andalusian music, and Gerard Edery, a classically renowned Sephardi musician. Alongside the more traditional music on offer, the artistic director revealed there would be newer influences too. “These artists will perform sets that they’ve never shown before, as well as some of their classics.”

“The mission of this festival is to bring talents from all over the world who showcase the Sephardic music from yesterday but with a modern touch,” concluded Serero. “I’m very proud to bring this variety of Sephardic music presented from pure Sephardic songs to the mix of Arabic and Jazz. That’s the way I love doing and presenting classics.” 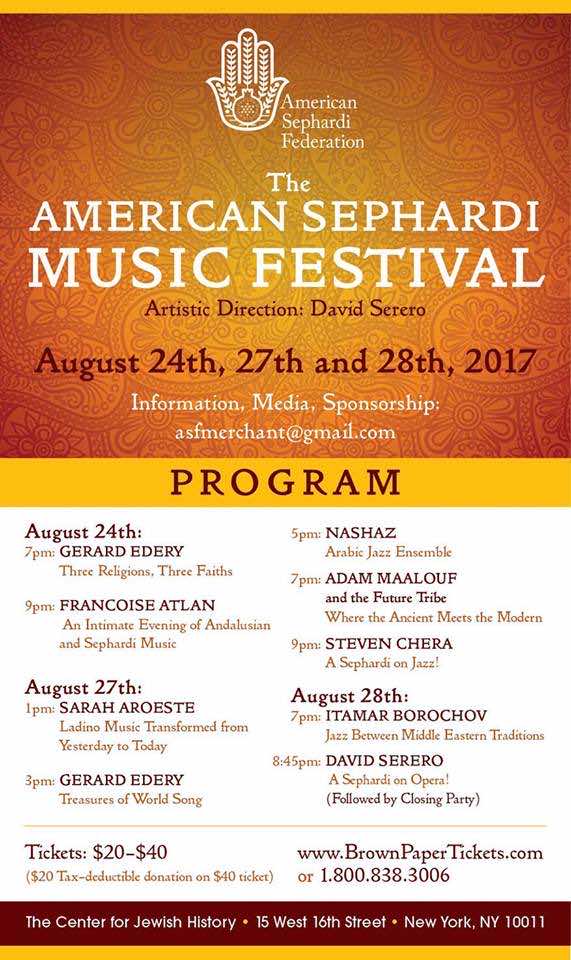 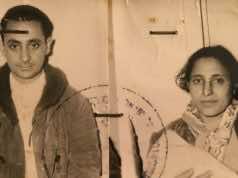