Rabat - Renault Maroc has become an official sponsor of Union Sportive of Tangier (IRT) after signing a three-year agreement taking affect in the 2017/2018 season. 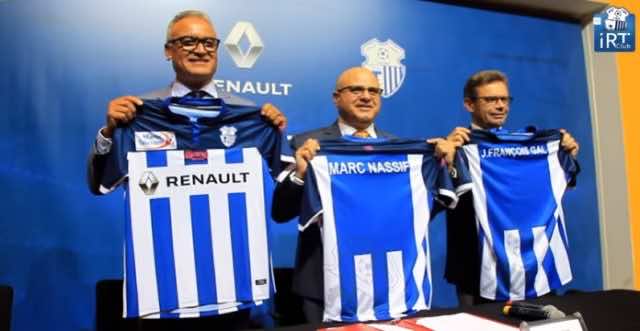 Rabat – Renault Maroc has become an official sponsor of Union Sportive of Tangier (IRT) after signing a three-year agreement taking affect in the 2017/2018 season.

The signing ceremony was held on Wednesday in Tangier. The sponsoring contract was signed by Marc Nassif, Director General of Renault Maroc Group, Abdelhamid Aberchan, president of IRT, and Francois Gal, Director General of the Tangier’s Renault Nissan group. The company logo will appear on the players’ jerseys.

During the ceremony, Abercham has expressed his satisfaction with the agreement. “We are very proud to have an international sponsor like Renault, which in fact has a great in Tangier.”

He went on to add that the “agreement is the biggest deal achieved in Tangier in history.”

Renault Group is an international leader in the national automobile market with a 42 percent market share.