Rabat - St. John the Evangelist Anglican Church in the small farming community of Leamington, Ontario, in Canada, has opened its doors to the town’s Muslim worshippers in need of a mosque.

Rabat – St. John the Evangelist Anglican Church in the small farming community of Leamington, Ontario, in Canada, has opened its doors to the town’s Muslim worshippers in need of a mosque.

It began last September, with an invitation extended by the church to Syrian refugees, new to the town. When the church’s officiant, Reverend Andrew Wilson, discovered that the space Leamington’s Muslims were renting as a mosque was inadequate to fulfill their needs, he contacted the Muslim elders and the two groups formed a deal.

By the time the Muslim holy month of Ramadan arrived in May of this year, a designated space in the Anglican church had officially become the town’s mosque. Now, 30 to 40 people enter the mosque daily for prayers.

Newcomer to Leamington, Muhammad Asghar, a recent transplant from Toronto, was surprised to find an unexpected guest praying behind him one day. He turned around to find none other than the Rev. Wilson kneeling behind him, joining him in prayer.

“To my amazement, he came and joined me in the prayer,” Asghar said in an interview with CBC News. Asghar had been afraid there would be no mosque in the small town.

“I was so concerned that we did not have a mosque here in this area. I was amazed from the response from the church, from the community,” he said.

Another worshipper, Najam Jutt, spoke to CBC News and said of the arrangement, “We absolutely love it. It highlights how we all work together for a common cause.”

The church’s parishioners have also welcomed their Muslim guests and tenants with open arms. One long-time worshipper, Charlotte McDonald, summarized her feelings as part of the same report: “We cannot gain peace in this world, until we can live together with one another in one community. That’s just reaching out and saying we are here together- brothers and sisters of this Earth, regardless of religion, creed, colour, it doesn’t matter.” 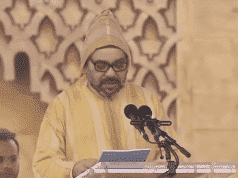