Rabat - Moroccan economic growth will reach 4.8 percent in 2017, said Minister of Economy and Finance, Mohamed Boussaid, echoing the findings that the International Monetary Fund presented to the head of government on July 10. 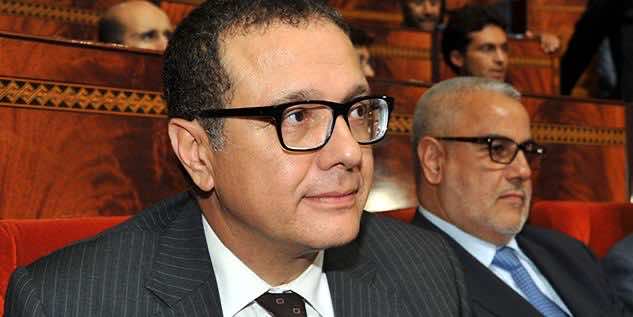 By
Chaima Lahsini
-
Chaima Lahsini is freelance journalist and activist with the Al-Fam collective in Rabat.
Jul 29, 2017
Spread the love

Rabat – Moroccan economic growth will reach 4.8 percent in 2017, said Minister of Economy and Finance, Mohamed Boussaid, echoing the findings that the International Monetary Fund presented to the head of government on July 10.

After an estimated 3.8 percent growth rate forecasted by the High Commission for Planning during the first quarter of 2017, Boussaid has revised Morocco’s economic growth upward to 4.8 percent for 2017, during his mid-term presentation in front of the government Thursday.

The minister reiterated the IMF’s conclusions, stating that national economic growth in 2017 managed to overcome 2016’s poor results, which were set at a 1.2 percent growth rate due to severe drought. In the first half of the current year, 102 million quintals of cereals were harvested compared to just 30 million in 2016, explained Boussaid.

While other sectors, such as phosphate production, energy and industry, showed positive results during the H1FY17, Boussaid stressed that “the acceleration in the rate of economic growth in 2017 is mainly due to the improvement of the value added of the agricultural sector following the last harvests.” He added that non-agricultural sectors have maintained a stable growth rate throughout the first six months of 2017.

Boussaid’s figures highlight the importance of agricultural activities in driving the nation’s economic growth. This is something Nicolas Blancher, head of the consultative mission of the IMF, also stressed during a meeting with El Othmani on July 10 in Rabat: “Overall, the economic outlook for 2017 is favorable: after the drought in 2016, growth is expected to rebound to 4.8 percent this year, thanks to a vigorous recovery in the agricultural sector.”

Following a mission on the second review of the Precautionary Liquidity Line (LPL) agreement in favor of Morocco, Blancher explained that “Morocco’s performance and macroeconomic policies remained solid, despite the volatility of agricultural production, weak growth in trading partners, and external risks that remain high.”

The IMF is not the only international institution that lauded Morocco’s economic progress, while criticizing its model. The Organization for Economic Co-operation and Development (OECD) called that model “volatile and imbalanced.” The first volume of the Multidimensional Review of Morocco, published by the ]OECD on July 11, managed to stir the ire of Boussaid, who deemed it “unfair.”

The OECD report was critical of Morocco’s volatile economic growth, referring to it as a development model that suffers from serious disparities, and incoherent public policies that hinder economic development.

Even the High Commission for Planning, when it reviewed Morocco’s economic growth forecasts upward for 2017 in early July, pointed out that “while agricultural activities are the main booster of national economic growth, it remains too dependent on volatile natural factors.”

The HCP stressed that this “instability still persists despite Morocco’s efforts in recent years to reduce dependence on rainfall, notably through the launch of several sectoral strategies and economic reforms.”

According to Ahmed Lahlami, head of the HCP, this dependence not only drags down the Moroccan economy, but, if no efficient reforms are urgently adopted, this disadvantage would continue to increase unemployment, reduce income opportunities, expand social deficits and increase the dependence on domestic demand for imports.