Rabat - King Mohammed VI delivered the much-anticipated Royal speech tonight at 9 p.m. Dealing out criticism of government policy and exhortations to “change mentalities,” the King did not shy away from addressing governmental corruption, which he said puts the country at risk. 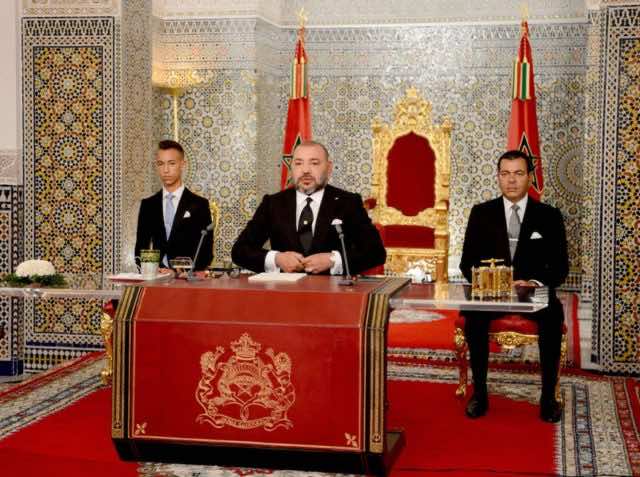 Rabat – King Mohammed VI delivered the much-anticipated Royal speech tonight at 9 p.m. Dealing out criticism of government policy and exhortations to “change mentalities,” the King did not shy away from addressing governmental corruption, which he said puts the country at risk.

“If the King of Morocco is not convinced of the way political activity is conducted and if he does not trust a number of politicians, what are the citizens left with?” asked the King.

The lack of public access to the “evolution witnessed in Morocco in the political domain and in the area of development” has not, according to the king, “led to the kind of positive reaction you would expect from political parties, leaders and government officials when dealing with the real aspirations and concerns of Moroccans.”

King Mohammed VI asserted that the government’s tactics in playing the role of the victim, hiding behind the monarch’s power once they mismanage a task, is no longer tolerable.

”When matters do not turn out the way they should, they hide behind the Royal Palace and ascribe everything to it,” while “when results are positive, political parties, politicians and officials vie for the spotlight to derive benefits from the achievements made, both politically and in terms of media exposure.”

Despite the fact that Morocco’s “development policy choices remain sound,” wiping out corruption has not yet been achieved, considering that “mentalities that have not evolved as well as with the inability to implement projects and to innovate.”

“As a result, citizens complain to the King about government services or officials that take too long to respond to their queries or process their cases, asking him to intercede on their behalf,” said the King, implying that government policies and public service must be revised.

The King reiterated to government officials what is expected of them in serving the public. “Citizens are entitled to convincing answers – within reasonable timeframes – to their queries and complaints, including the explanation or justification of negative decisions.”

He continued, “requests and queries should not be turned down without a valid legal reason; they should be rejected only when they are inconsistent with the law, or when the citizen concerned has not completed the relevant procedures or met the requirements.”

Opportunities for the youth to engage in governance and participate in political and decision-making has been dis-incentivized by governmental actors’ corrupt behavior and insufficient communication with the public.

“The practices of some elected officials induce a number of citizens, especially young people, to shun political life and take no part in elections. Put simply, they do not trust politicians; indeed, some stakeholders have perverted politics, diverting it away from its lofty objectives,” said the King.