Rabat - BMI Research, a Fitch Group company, has released a new report predicting that the ongoing unrest in the Rif region will not ultimately threaten stability in Morocco. 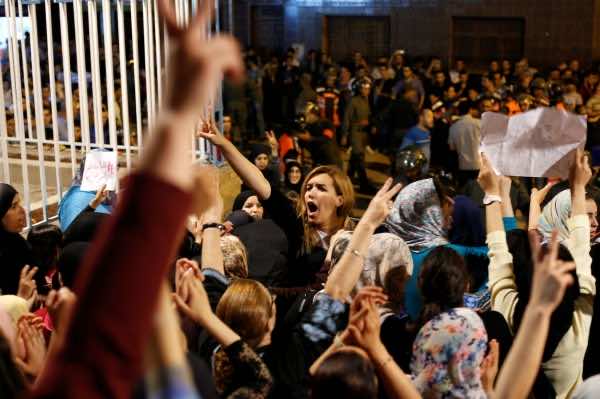 By
Constance Renton
-
Constance graduated from the Television and Radio Broadcasting Program at Canadore College in 1983.
Jul 31, 2017
Spread the love

Rabat – BMI Research, a Fitch Group company, has released a new report predicting that the ongoing unrest in the Rif region will not ultimately threaten stability in Morocco.

According to the report, unrest in the Rif region is expected to continue due to the fact that, even after the promised public investment in the region is completed, “it will take time to yield results.”

Despite the spread of the unrest to the country’s capital, Rabat, in June, BMI does not feel overall stability to be at risk. The report does acknowledge, however, that it has become apparent that King Mohammed VI has limited capabilities to quell the rising tensions.

The June demonstration in Rabat is largely seen as a one-time event, and BMI expects tensions to remain “largely contained within the Rif, most specifically to the town of al-Hoceima and its surroundings, where the movement started.”

The report describes the unrest as the “worst wave of unrest since the ‘February 20’ movement in 2011,” which prompted constitutional change.

According to the report, the government’s apparent inability to deal effectively with the grievances being voiced has fueled the continuation of tensions.

The Rif’s ongoing weak socio-economic reality are virtually guaranteeing a rise in current tensions. The report points out a crucial paradox at the heart of the issue: The Tangier-Tetouan-Al Hoceima region “boasts a GDP per capita above the national average.”

At the same time, however, this “masks vast disparities between the surroundings of Tangier, the country’s second largest industrial city and major trading hub, and the eastern part of the region where al-Hoceima is located.”

Despite the fact that Head of Government, Saad Eddine el Othmane, promised to fast-track the 2015-2019 Al Hoceima Province Spatial Development Programme, it will be years before the benefits of that investment are felt.

Corruption remains a major source of grievance for the Rif region, according to the report, especially within the police. It points out that Morocco placed 90th on Transparency International’s Corruption Perceptions Index, out of 176 countries.

BMI’s research indicates that increased public investment is the key to quelling regional unrest, but again cautions that years are needed to see that investment bear fruit.

Having said that, BMI remains confident that Morocco’s stability will remain intact.