Rabat - While the Economic Community of West African States (ECOWAS) has given its approval “in principle” of Morocco’s bid to join the regional bloc, the kingdom faces strong opposition from political interest groups within Nigeria, the organization's most infulential member state. 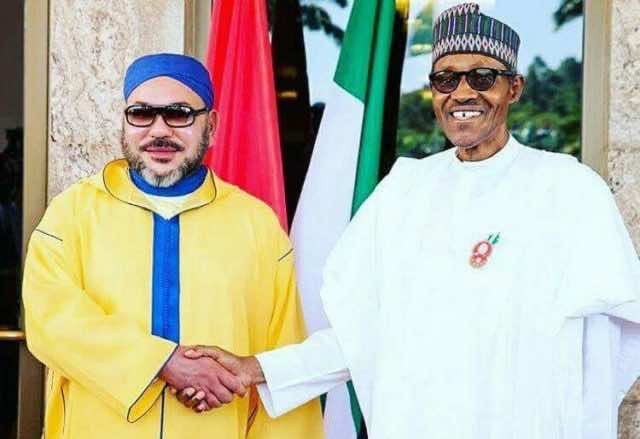 Rabat – While the Economic Community of West African States (ECOWAS) has given its approval “in principle” of Morocco’s bid to join the regional bloc, the kingdom faces strong opposition from political interest groups within Nigeria, the organization’s most infulential member state.

If relations between Rabat and Abuja witnessed a major improvement following the election of President Muhammadu Buhari in 2015, highlighted by the two countries’ important gas pipeline agreement, Morocco’s request to join ECOWAS may become a source of friction between the two countries.

Many prominent Nigerian personalities and political groups have begun to publicly voice their opposition to ECOWAS’ tentative approval to the kingdom’s application to join. In op-eds published by local media outlets in the past few months, opponents presented Morocco’s potential admission as contrary to Nigeria’s interests

The anti-Morocco campaign in Nigeria is led by the Association of Retired Career Ambassadors of Nigeria (ARCAN) and the Nigerian Movement for the Liberation of Western Sahara (NMLWS), a vocal support of the Polisario Front.

“Nigeria must rise to the occasion and ensure that the application of Morocco for membership is rejected,” NMLWS was quoted as saying by the Premium Times.

In mid-June, ARCAN came out publicly to ask the government to oppose Morocco’s bid, saying that the kingdom, by reason of its geographical location, did not qualify to be a member of ECOWAS. The same argument was echoed by NMLWS, which stated that Morocco has little in common with the 15 member states of the regional bloc.

Morocco’s detractors are not short of arguments. Probably the most striking is the claim that the kingdom aims to challenge Nigeria’s influence in the region.

“Having failed to find any rational benefit to ECOWAS by expanding membership to Morocco, I can only conclude that the move is to whittle down Nigeria’s influence in ECOWAS. And by extension, in the world, as Nigeria’s status as a regional power is facilitated by its role in ECOWAS,” said the country’s former external affairs minister, Bolaji Akinyemi in a statement in June .

The former minister said that his country should respond to Morocco’s potential admission by threatening to terminate its membership with the organization.

Another Nigerian politician, former ambassador Mohammed K. Ibrahim, expressed his unfavorable opinion of Morocco in an article published in June in This Day Live. Ibrahim slammed the Nigerian government for not sending a high delegation to ECOWAS summit in Monrovia on June 4, when Morocco was given the tentative approval to join.

It is this “virtual absence,” said Ibrahim, that endangered the future of ECOWAS and Nigeria’s role in it. He went to praise the public interventions of anti-Morocco groups for drawing the attention to the apparent “dangers” of admitting the kingdom.

“Hopefully, after the intervention of Professor Akinyemi, members of ARCAN and several other Nigerian foreign policy experts, the Federal Government would realise the need to shake off the lethargy with which it has been treating [these] vicious moves from Rabat,” wrote Ibrahim.

However, these claims seem unfounded as Khalid Chegraoui, a professor of African Studies at Mohammed V University in Rabat, explained. He told Morocco World News that the kingdom represents no threat to Nigeria inside the West African bloc, as the oil-rich country has enough leverage to maintain its influence in ECOWAS.

Chegraoui explained that Nigeria, being in competition with South Africa for influence in the continent, can benefit with Morocco on its side.

Morocco denies seeking leadership in Africa. This was affirmed by King Mohammed VI inside the African Union’s headquarters in Addis Ababa in late January following the kingdom’s reintegration into the continental organization.

“Some say that, through this commitment, Morocco is seeking to gain leadership in Africa,” said the monarch. “I tell them that it is to Africa that the Kingdom is seeking to give the leadership”.

For professor Chegraoui, “The King’ speech is clear.” Yet, the question remains whether “others will trust it.”

Certain arguments that Morocco is seeking to undermine Nigeria’s influence in the region have descended into the realm of conspiracy theory. Some present the kingdom as seeking revenge against Nigeria for its previous support for the self-proclaimed Sahrawi Arab Democratic Republic’s (SADR) admission into the Organization of African Unity, the AU’s predecessor, in 1984.

“Morocco is coming to whittle down the power of Nigeria, not only in ECOWAS [and the] African Union but also in the United Nations,” said the association of retired Nigerian ambassadors in a statement, claiming that Morocco has an anti-Nigeria “political agenda” because Abuja spearheaded the admission of Western Sahara into the Organization of African Unity (OAU)”.

The kingdom’s actions to counter the Polisario Front both on the continent and within international diplomacy, which often lead to confrontation with Polisario supporters like Algeria, South Africa, and Venezuela, are seen by the kingdom’s Nigerian opponents as a proof of Morocco’s malevolent motives.

“Morocco has the dubious distinction of causing dissension in any organization it belongs; it has done that in OAU and AMU and given the chance it will do the same thing in ECOWAS,” wrote Ibrahim, citing Morocco’s withdrawal from the Arab-African summit in November 2016. The move was a response to the presence of SADR, with eight Arab countries also pulling out in solidarity, leading to the summit’s failure.

Nigerian anti-Morocco lobby groups, being supportive of Polisario, have seen a danger in Morocco’s potential admission to ECOWAS.

Dipo Fashina, convener of NMLWS, wrote in an article on News Diary warning against Morocco’s move, saying that “the struggle of the people of Western Sahara for independence being championed by Nigeria will be seriously challenged by Morocco.”

With 12 ECOWAS members out of 15 supporting Morocco in its long-time dispute with Polisario, Nigerian personalities hostile to Morocco’s potential membership believe their country will be isolated on the subject inside the organization.

For Professor Chaegraoui, “it is quite normal that there are lobbies in Nigeria which have interests [in common] with Algeria and Polisario,” and it is understandable that they take action to put pressure on their government.

Do they have the ability to prevent Morocco’s admission to the West African organization? Chegraoui said no, but he pointed out that they can nonetheless influence the process of negotiations.

Earlier in July Nigerian Foreign Affairs Minister, Geoffrey Onyeama said that the acceptance “in principle” of Morocco’s membership request “is one of non-hostility to Morocco.”

“There’s no enmity there that would mean an immediate and automatic negative response to such a request,” he explained to Bloomberg. “What has to be looked at a bit more is all the technical ramifications.”

In addition to its political implications, Morocco’s admission to ECOWAS will also affect economy. For the kingdom’s opponents, this is another reason why its membership should contested.

Former ambassador Ibrahim warned that the “economic fallout” of Moroccan membership would be be “enormous.” The Nigerian diplomat believes that the kingdom is “attracted by the huge ECOWAS market, 70% of which is Nigeria,” adding that the tariff-free access to the ECOWAS market provided to members will be of significant benefit to the kingdom.

In addition, he stated that Morocco, being a manufacturing hub of European countries, will serve as a gateway for EU goods to to ECOWAS market, which he claims will be harmful to the organization’s member states.

Morocco, along with other ECOWAS member states who publically praise its potential admission, disagrees. They argue that the regional bloc will benefit from Morocco’s economic input and its market of 34 million people, along with its expertise in agriculture, offshoring and ferilizers production.

“If Morocco is admitted to ECOWAS, it will only give a greater economic weight to the region,” said Adama Kone, the Ivorian Minister of Finance in April.

Yet, despite favorable public discourse, Professor Chegraoui said that Morocco must pay attention to the fact that even within members states which are friends of Morocco, including Ivory Coast, there are voices opposing the kingdom’s admission on the basis that this will be beneficial only to its own economy, not theirs.

In the meantime, Morocco has to knowledgeably and intelligently engage in negotiating the technical aspect of its potential membership of ECOWAS.