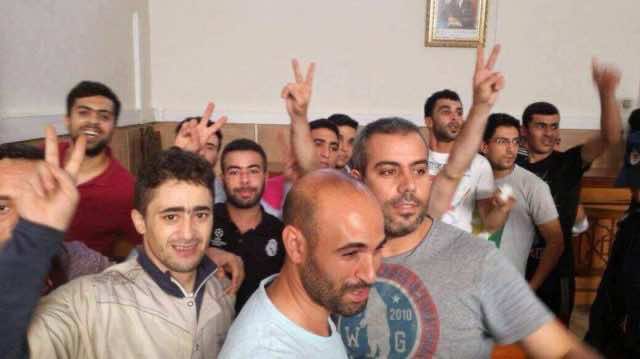 Prior to the Throne Day speech, the Ministry of Justice announced that King Mohammed VI had granted a royal pardon to some Hirak detainees, who had “not committed any serious crimes or acts during the events in the Al Hoceima protest movement.”

Belaali, directly informed by the families of detainees, told Morocco World News that the number of the released activists has totaled to 41, without revealing their identities.

“Activists from both Al Hoceima and Nador have benefited from the pardon over imprisonment term or remaining prison term, while others have had their imprisonment sentence reduced,” said Belaali.

Mohamed El Hilali, the director of the Rif Presse news website previously sentenced to five months in prison, and singer-activist Silya Ziani have both been released.

The families of the Hirak activists have previously signed a request for the royal pardon. However, their calls were not answered, as many are still detained in Oukacha prison in Casablanca, said El Belaali.

To push their cause further, the detained activists are scheduled to go on a hunger strike on Monday, July 31, according to a member of the defense committee, Abdessadek El Bouchtaoui

“We were warned by the detainees last Monday that their hunger strike would resume after the Throne Festival,” said El Bouchtaoui in a statement to news website Lakome.

El Belaali denied the allegations, saying that “from what I have learnt from the families of the detainees, the activists are not preparing nor indulging in a hunger strike.”

The defense coordinator added that Rabii Al Ablak, who has been on a hunger strike for 35 days, is in critical condition, according to his family.