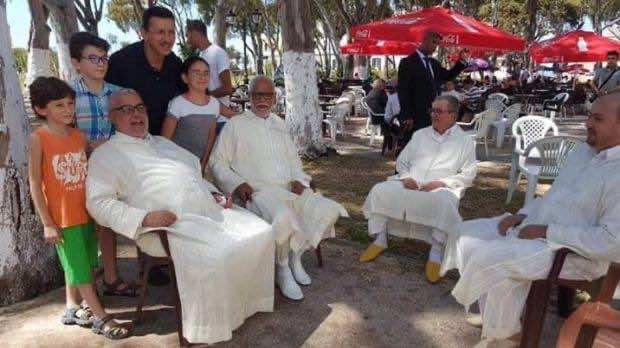 Rabat – Abdelilah Benkirane, General Secretary of the Justice and Development Party (PJD) and the former head of government, stole the limelight on Sunday while posing for selfies in a local café in Tangier.

Benkirane had been participating in the Throne Day ceremony held in the northern Moroccan city. 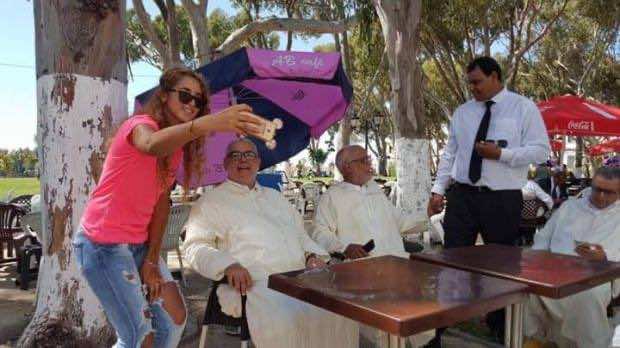 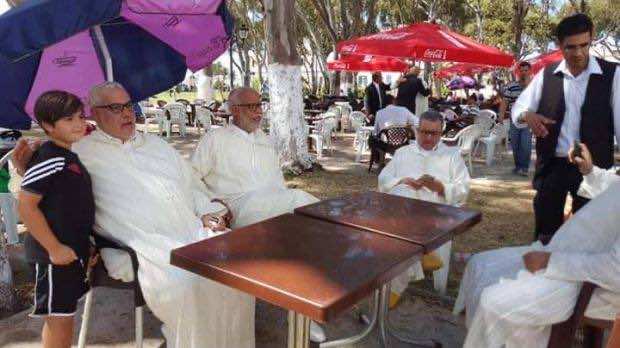 While taking a moment’s rest in the company of Mohamed Yatim, Minister of Employment and Professional Integration, the former head of government was approached by several people asking to take pictures.

Various passers-byas well asformer football stars such as Mohamed El Bouyahyaoui, Mustapha El Haddaoui, Tahar Lekhlej, and Salaheddine Bassir all wanted to commemorate their encounter with the Islamist leader. Benkirane was all too happy to pose for pictures. 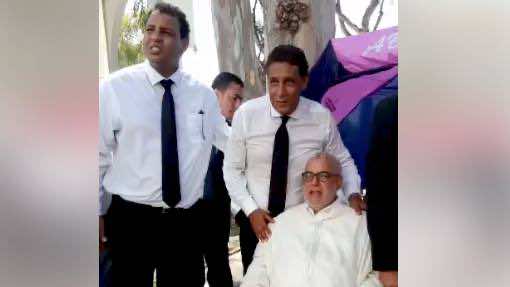 The scene is yet another reminder of Benkirane’s popularity. In June,he gained the image of a rock star following his performances of the Laylat Al-Qadr prayers in Rabat, when people bombarded him with requests for selfies.

Benkirane was appointed as head of government for the second time in a row in October 2016 after his party won the majority of votes of the legislative elections. However, after six months of post-election deadlock in forming the government coalition, the PJD leader was dismissed by King Mohammed VI, who replaced him with his party colleague Saad Eddine Othmani in April.