Rabat - Rabie Al-Ablaq, a detained Hirak activist and journalist for news site Badil, has halted his 38-day hunger strike, according to a letter written by Al-Ablaq published August 3 by his lawyer Asma Elouadie on Facebook. 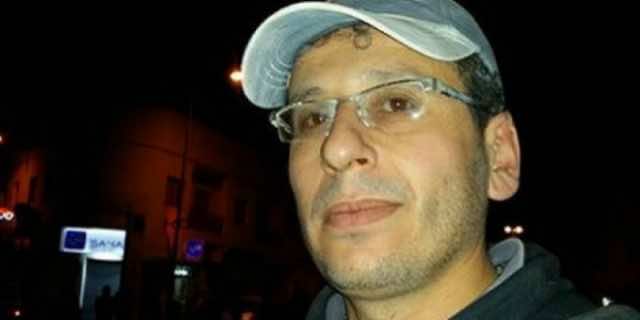 Rabat – Rabie Al-Ablaq, a detained Hirak activist and journalist for news site Badil, has halted his 38-day hunger strike, according to a letter written by Al-Ablaq published August 3 by his lawyer Asma Elouadie on Facebook.

“I’m officially announcing that I have ended the hunger strike after 40 days, not for fear for my life or fear of death, but for the love of this land, which resides within our hearts, in spite of everything,” said Al Balaq to his lawyer, who said she conveyed his message with “honesty and abundance of love.”

Al-Ablaq thanked his mother, brother,members of his defense team, the health delegate, the medical staff at Moulay Youssef Hospital, security officials, the President of the National Council for Human Rights, the Regional Director of Prison and Reintegration, and the people of the Rif, who have supported him and stood by his side during the hardest of times.

Al-Ablaq was transferred from prison to Casablanca’s public hospital two days agofollowing an alarming deteriorationof his health.“The prison administration was afraid and decided to transfer him to the hospital,”another of his lawyers, Abdessadek El Bouchtaoui,toldnews outlet Yabiladi.

“Rabie is in high spirits,” said Elouadie in a video to Hespress. “He’s being responsive with us, and promised to end his hunger strike soon.”

Al-Ablaq, one of the leading figures of the Hirak movement, was arrested in Al Hoceima and transferred to the Oukacha prison in Casablanca for participating in demonstrations.

Following the investigation, the 34-year-old said he was tortured and physically abused, according to El Bouchtaoui, adding that “It is these episodes of torture that mainly motivated his hunger strike.”