Rabat - Head of Government Saad Eddine El Othmani has accused parties, which he did not name, of wanting to “hold Morocco back,” reports the official website of his Justice and Development Party (PJD). 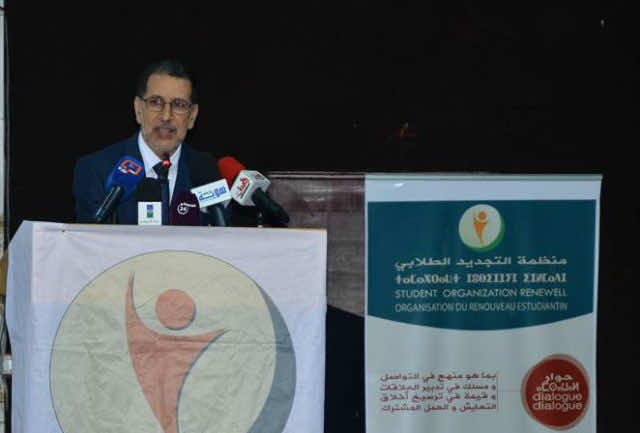 Rabat – Head of Government Saad Eddine El Othmani has accused parties, which he did not name, of wanting to “hold Morocco back,” reports the official website of his Justice and Development Party (PJD).

“There are people who don’t want this country preserve its Islamic reference [point], who don’t want it to continue its transition to democracy, and who also want to hold it back,” he said during his speech to the national convention of Attajdid Atolabi, an organization generally considered the student wing of PJD.

The Islamist party leading member said that these challenges should be met with a “mature way of thinking.”

El Othmani, whose government was appointed in April following a six-month deadlock during which his predecessor, PJD leader Abdelilah Benkirane, failed to form a coalition, said that the current government coalition was “born after difficult period.”

The head of government said there are some people who did not want a PJD-led government to be formed, regardless of whether it was headed by Benkirane or by himself.

“These people still continue their plots. Yet, we affirm again that we are here to positively contribute to the progress of our country,” said the President of PJD’s National Council.

Throughout the last months, the government has faced mounting criticism over its management of the crisis in Al Hoceima and the surrounding areas, where protests continue to call for the release of detained activists and to put an end to what local residents call “the marginalization of Rif.”

“We are aware of the challenges facing this government, whether these challenges are political, economic or social,” El Othmani assured convention attendees.