Rabat - French authorities arrested a Polisario activist after he climbed the Moroccan Consulate-General building in Bordeaux and tore off the kingdom's flag on Thursday. 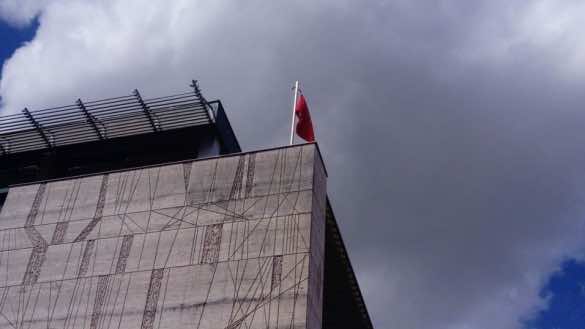 Rabat – French authorities arrested a Polisario activist after he climbed the Moroccan Consulate-General building in Bordeaux and tore off the kingdom’s flag on Thursday.

The action was committed by a man identified as Ould Laaroussi. He is one of the separatist activists who participated in a sit-in protest, showing their “solidarity” with the 24 Polisario individuals charged with the murder of 11 members of the Moroccan police force during the dismantling of the Gdim Izik camp.

The sit-in was held in front of the Moroccan diplomatic building on August 3. Laaroussi will appear before a French court in Bordeaux for the offence of abusing the symbol of a sovereign State.

The Criminal Chamber of the Appeal Court in Salé delivered its verdict in the Gdim Izik trial in July.

The court imposed sentences ranging from two years to life imprisonment against the 24 individuals.

In November 2010, a group of separatists murdered 11 members of Moroccan security forces during the dismantling of the camp. The murders were documented in photos and videos, which offered the most graphic evidence.