Rabat - Monday night’s announcement by the Authenticity and Modernity Party (PAM) of the resignation of its secretary general, Ilyas El Omari, took observers of Moroccan politics by surprise.

Rabat – Monday night’s announcement by the Authenticity and Modernity Party (PAM) of the resignation of its secretary general, Ilyas El Omari, took observers of Moroccan politics by surprise.

On Tuesday morning, journalists flocked to the party’s headquarters in Rabat for a press conference to listen to El Omari explain the reasons of his sudden departure, only a year and a half after he came the head of the kingdom’s second major political force.

The PAM’s statement said El Omari he resigned during a meeting of the party’s governing political bureau. The meeting discussed the party’s current situation following the municipal and general elections of 2015 and 2016 and its performances in regional elected council and both houses of parliament.

The statement explained that the PAM decided to take some disciplinary measures against some of its elected members for not observing the code of conduct set by the party.

During the press conference, El Omari revealed that some PAM parliamentarians skip parliament hearings, without justification. He presented his resignation partly to hold himself responsible for their behavior, because he was the one who originally endorsed their candidacies.

“These people can’t be held accountable alone,” he said. “I was the one who signed their endorsements, not the members of the political bureau.”

The timing of the resignation, only 10 days after King Mohammed VI’s harsh speech on July 29 lashing out at politicians and elected officials for not doing their job properly, could not escape the attention of journalists.

When asked whether his resignation has anything to do with the King’s speech, the skillful politician tried to turn the monarch’s censure of Moroccan political elite to his favor.

Though he denied his resignation was related to the speech, he stated that as a political leader and elected official, being the President of Tangier-Tetouan-Al Hoceima region, he felt concerned by the contents of the royal speech.

“I’m concerned even though I have been assuming responsibility for only a year and a half, even though the decisions I have made are not that many. But I’m politically concerned,” said the PAM leader, adding that the fact that his resignation coincided with the royal speech is something he is “proud of.”

Some said he did not choose resign himself, but that he was pressured to do so, especially since the party has connections with the royal palace and the King’s influential advisor, Fouad Ali El Himma, one of the PAM’s founders.

Others said that the resignation seemed “staged,” speculating that he decided to quit as a preemptive maneuver before he could be “removed,” after his party failed to show an influence in the Al Hoceima protests.

Skepticism regarding El Omari’s resignation also centered around PAM’s loss to the Justice and Development Party (PJD) in the October 2016 general elections. The PJD won first place, which meant that El Omari had failed in his mission to unseat the Islamist party and substitute his own as the leader of government.

If El Omari really felt compelled to resign out of cheer consciousness of his duty as a political and civil servant, some journalists said, it would have been more understandable if he had resigned from the presidency of Tangier-Tetouan-Al Hoceima regional council.

Facing this skepticism, El Omari slammed what called “conspiracy theories,” stating that they exist only in the minds of some.

“This is a personal decision,” maintained El Omari. “As much as it was surprising to you, it was also surprising to the members of the political bureau.”

“This is something normal,” he added. “I received no instructions.”

He went to add that he is “not working for anybody.” As for why he resigned from the party and not from the regional council, El Omari stated that as president of Tangier-Tetouan-Al Hoceima region, he has other partners as elected officials, which he cannot walk away from.

He responded with sarcasm to allegations that his resignation was “staged” and that he would back down from it once the party announces it will not accept it.

“I might be a successful or failing politician. But I never tried acting,” he said.

“The days of Gamal Abdel Nasser are over,” he added, in reference to the Egyptian leader’s famous speech in 1967 announcing his resignation, which he retracted a day later.

El Omari denied he had ever claimed his party would win the general elections or that he would quit if the PAM failed to do so, adding that he stated that this was their objective and that this is what every other party aspires to.

What does the future hold for El Omari? The question has popped up among those who closely followed the man during the last year and a half, when he decided to finally come under the spotlight and run for the PAM’s leadership.

Then, the Al Hoceima native and former left-wing political activist was seen as the strongman within the party.

El Omari reiterated Monday’s communiqué, saying that he will continue his work as a member of the party as long as he believes in it.

“The PAM was not born out of a personal desire or decision. It’s an objective and historical necessity,” he said.

He stated that no party that was founded because of one person’s decision would last ten years. For El Omari, the raison d’être of the PAM is still valid.

“I’ll continue to be convinced of this project, because even though it’s not the only one, it’s the primary one to counter other projects.”

El Omari was making a clear reference to the PJD. The PAM presents itself as a party opposed to the Islamists’ conservatism.

Now that El Omari is out of the limelight, observers of Moroccan politics will be watching the developments within the party to see who will become El Omari’ successor and what role the former leader will play in the future, in both the PAM and national politics alike. 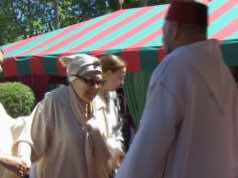 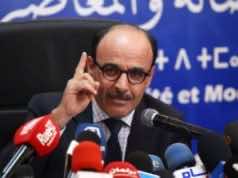 After Resigning from PAM Leadership, Will Ilyas El Omari Quit as President of Tangier Region? 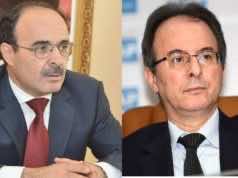