Rabat - A unanimous vote was passed by the House of Representatives on Tuesday in support of the creation of the Moroccan Agency for Development, Investments and Exports (AMDI).

Rabat – A unanimous vote was passed by the House of Representatives on Tuesday in support of the creation of the Moroccan Agency for Development, Investments and Exports (AMDI).

The AMDI aims to develop domestic and foreign investments. It also seeks to promote and encourage exports of various products and services.

The agency also intends to conclude bilateral and multilateral memoranda of understanding with the Regional Investment Centers (CRis) and create a monitoring and economic intelligence system in order to fulfill its missions.

The AMDI is a fruit of a partnership between Casablanca’s Office of Fairs and Exhibitions (OFCF) and the Moroccan Export Promotion Center (CMPE). The merger was a recommendation of the industrial acceleration plan, the Court of Auditors and the Economic, Social and Environment Council (CESE).

Based in Rabat, the agency plans to build international partnerships to improve technology transfer and provide investors with statistics linked to existing and potential investment projects. It will also conduct studies on foreign markets and develop exhibition spaces, including forums, seminars, and conferences.

It will also support local and regional authorities in the implementation of measures to promote local exports. The AMDI will provide technical assistance to enterprises, national associations and professional groups.

The agency’s board of directors will be composed of several representatives of the state and representatives of export associations, in addition to four experts appointed by decree on the proposal of Moulay Hafid El Alamy, Minister of Industry, Investment, Trade and Digital Economy. 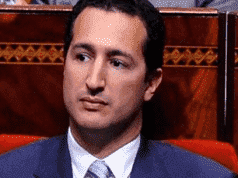