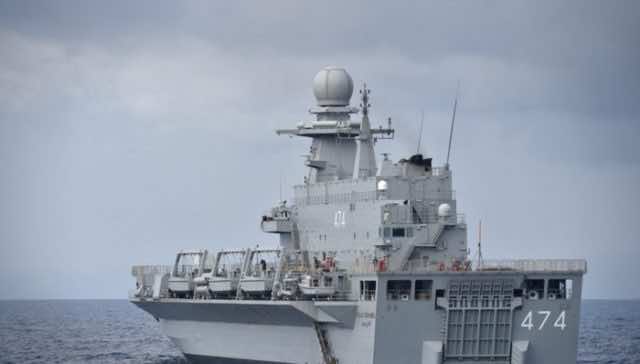 Rabat – Despite falling oil prices, Qatar has spent around 18 billion dollars on its military in 2017 this far, purchasing aircraft and warships.

“We have signed a contract on behalf of the Qatari navy to acquire seven warships from Italy for EUR 5 billion [USD 5.9 billion],” asserted FM Sheikh Mohammed bin Abdulrahman Al-Thani.

The contract involves the purchase of four corvettes (a type of small warship), an amphibious vessel to launch air forces, and two patrol boats.

In June, the emirate signed a deal with the United States to purchase F-15 fighter planes for USD 12 billion.

Purchase in time of Political tension

Due to the blockade by Saudi Arabia, Bahrain, United Arab Emirates and Egypt following accusations that Qatar had supported terrorist groups, the Gulf country is currently going through an economic and diplomatic crisis.

As tensions turn into a protracted standoff and rhetoric blazes on both sides, some analysts say that the risk of war is emerging.

“I now can’t say this is not going to lead to some kind of military escalation,” stated Helima Croft, RBC Capital Markets’ global head of commodity strategy.

The five countries have issued a set of demands to Qatar, including clear non-starters such as shutting down Al Jazeera news and closing a Turkish military base.

The coalition has also called on Qatar to end its alleged ties to terrorist groups and political opposition figures in Gulf nations and Egypt.

For its part, Qatar welcomed the arrival of Turkish troops at a military base within its borders. Turkey’s leaders have expressed solidarity and support with Qatar throughout the crisis.

Qatar’s spending dwarfed by its foes

Qatar insisted it had no fear of the blockade due to its vast wealth, but it’s unlikely that the emirate would be able to adequately defend itself if the possibility of war stands up.

While Qatar has agreed to USD 18 billion in military deals this year thus far, that amount is exceeded by Saudi Arabia and the UAE.

Saudi Arabia was the world’s fourth highest spender on its military in 2016, with nearly USD 64 billion in expenditures. The UAE was among the top 15 countries, spending about USD 23 billion.

Egypt is also considered to have the most powerful military in the Arab world. The country also recently opened the largest military base in the Middle East.