Rabat - Unemployment is the first reason pushing the Tadla-Azilal migrants to leave Morocco, choosing to migrate in South and Central Europe for better living conditions and job opportunities, the High Commission for Planning (HCP) said in a study published on the occasion of the national day for Moroccans living abroad (MRE). 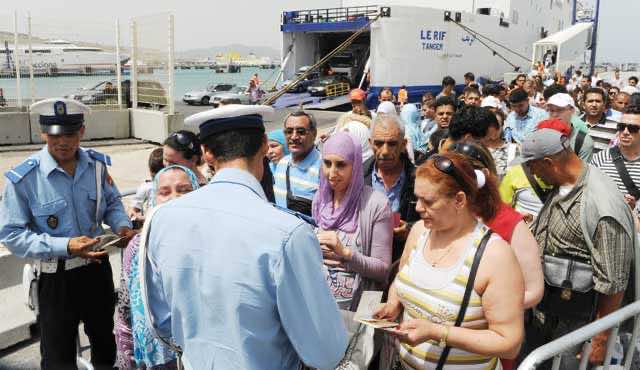 By
Chaima Lahsini
-
Chaima Lahsini is freelance journalist and activist with the Al-Fam collective in Rabat.
Aug 10, 2017
Spread the love

Rabat – Unemployment is the first reason pushing the Tadla-Azilal migrants to leave Morocco, choosing to migrate in South and Central Europe for better living conditions and job opportunities, the High Commission for Planning (HCP) said in a study published on the occasion of the national day for Moroccans living abroad (MRE).

The Tadla-Azilal emigrants’ favorite destination is Spain, with 48 percent choosing to move to Morocco’s northern neighbor, followed by Italy, with 32 percent, according to the HCP. France comes in third place with only 11 percent, points out the Commission, adding that in recent years, there has been a growing diversity in destinations, with MREs increasingly migrating to Japan, Canada, Senegal, and Russia.

According to the HCP, 84 percent of the emigrants went to a single country. Nevertheless, with the rise in age, more of them have gone to more than two countries of emigration.

The hierarchy of host countries has changed greatly over time, between the emigrants’ country of arrival and their current country of residence. Thus, France is in a marginal position that is slowly ”crumbling,” notes the HCP. Spain is receding as a host country while Italy is progressing, as new horizons appear on the migration scene: Belgium, Germany, and Portugal.

Spain and Italy present dissimilar cases. These two countries have been severely affected by the economic crisis, which began to be rampant at the end of 2007. Moroccan emigrants from Tadla-Azilal in Spain lost jobs in the Spanish formal sector, which prompted them to leave. On the other hand, they were able, as best they could, to keep jobs in the informal sector in Italy and thus were less constrained at first.

Since 2000, three-quarters of emigrants from the Tadla-Azilal region have been working in the agriculture sector.

Other popular occupations include working as craftsmen, skilled workers, and laborers, while the study noted that professions in the formal sector are “very rare” among the migrants. About 27 percent of emigrants did not report a declared activity during the three months prior to their trip, a higher proportion among older people, the study said.

Unsurprisingly, unemployment remains the leading cause of emigration in this region, according to 26 percent of the MREs. It is followed by low income and improved living standards. Among the youngest, education remains a good reason to emigrate according to 16 percent of MREs, whereas family reunification often pushes women to take the plunge.

The MREs are overwhelmingly male (77 percent), with 30-39 year olds representing 43 percent against 27 percent for 15-29 year olds and less than 9 percent for those over 50 years old.

Contrary to what one might think, transfers from MREs in the Tadla-Azilal region “are relatively modest,” says the HCP. Only 20 percent of households received more than MAD 4,000 per year from an MRE relative.

This could be explained by the economic situation prevailing in some host countries in recent years. Currently, few MREs in the region are transferring money to their families. “The proportion is low both for young people aged 15-29 years (29 percent) and for those aged 60 years and older (31 percent),” the HCP said.

Even in full working age (30-39 years), only 43 percent make transfers, compared with 36 percent among 40-49 year olds, while the proportion remains higher among those aged 50-59 with 42 percent.