Rabat - The Crown Prosecutor in Casablanca has called for implementing articles of the criminal code which could lead to verdicts of capital punishment for Nasser Zafzafi, the leading member of the Hirak protest movement, and other detained activists.

Rabat – The Crown Prosecutor in Casablanca has called for implementing articles of the criminal code which could lead to verdicts of capital punishment for Nasser Zafzafi, the leading member of the Hirak protest movement, and other detained activists.

The articles 201 and 202 concern the crime of “undermining the security of the state,” the main charge for which Zafzafi and other detained activists are currently being prosecuted, for their leading roles the Hirak throughout months of protests.

Article 201 concerns any person who commits crimes with the aim to foment “civil war,” either by inciting people to “take arms against each other” or “cause destruction or killing or looting.”

According to Moroccan news website Al Yaoum24, the Crown Prosecutor Hassan Matar submitted a 200-page request to implement several articles of the criminal code, including articles 201 and 202, against the Rif detainees.

Issac Charia, a member of the defense team of Zafzafi and other detainees, told Morocco World News he was not surprised at the request.

Charia said that in light of the list of serious charges pressed against the detainees, the application of the articles was expected.

He added that this conviction was further strengthened by the Investigating Judge’s decision to suddenly put an end to the investigation without giving the accused a chance to defend themselves.

The lawyer pointed to the beating Zafzafi was subjected to when he was arrested in Al Hoceima in late May and to the leaking of a video of him in detention, showing his body during what was said to be a medical examination.

He also complained that members of the defense team, such as the veteran lawyer Mohamed Ziane, had been prevented from meeting with their clients.

Charia pointed to the contradictions the Moroccan state has shown in dealing with the Hirak activists, at times accusing them of “separatism,” and at others calling them “patriots.”

The lawyer said that King Mohammed VI’s speech on July 29, in which he criticized public officials for not assuming their responsibilities in meeting the demands of Moroccan citizens, is the proof these activists, who took to the streets to express their legitimate demands, are innocent.

Charia said he is hoping the state will realize its mistakes and correct them. Otherwise, with such a request as the one made by the Crown Prosecutor, one “can’t expect a happy ending.”

Zafzafi, seen as one of the chief figures of the Hirak protest movement in Al Hoceima, was arrested in late May, after he interrupted an imam at a local mosque for giving a sermon he felt was political propaganda against the movement. He has been charged with “undermining state security” and “obstructing freedom of worship.”

Protests in Al Hoceima have been ongoing since October, sparked by the death of the fishmonger Mohcine Fikri, who was fatally crushed in a garbage truck while attempting to retrieve fish that had been confiscated and discarded by city authorities.

For almost ten months, protesters in the city have called for greater social and economic inclusion, in a region that many feel has been marginalized by central authorities for much of the past century. Their demands include the completion of a variety of development projects initiated under the reign of King Mohammed VI which have seen stalled progress.

While the majority of protesters have limited their demands to social and economic improvements, the Hirak protests have been labelled by some in the kingdom as a separatist movement, including by members of government. 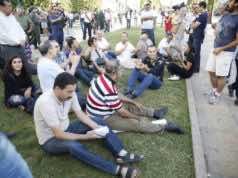 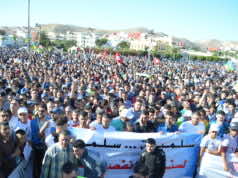 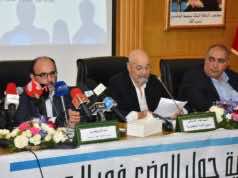